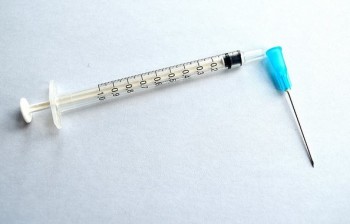 Why did The Toronto Star publish an investigation questioning the HPV vaccine Gardasil, public editor Kathy English asked in her latest column.

“The Star fell short in not giving its readers public health information in a manner that meets the standards of responsibility expected in evidence-based science journalism,” English wrote. “In matters of life, death and public health, the science matters.”

The Star’s editor also apologized for athe newspaper’s report.  “I apologize to our readers and to the people in the medical community, and especially to those who believe our story could be used to fuel the anti-vaccine movement,” editor Michael Cooke said, according to English.

“There was a bad story-management combination approved by me: a foreboding headline, undue emphasis on the front page and terrible timing,” he went on. “There is a current and intense debate over immunization that has raged since the latest measles outbreak and I did not put the proper framework around the story. More should have been done to acknowledge the fraught framework in which the story was published.”

English addressed the controversial Star report in her Feb. 13 column.

The Gardasil story was originally titled “A wonder drug’s dark side.” It has since been changed to “Families seek more transparency on HPV vaccine.” An editor’s note atop the story reads: “Editor’s Note-February 13, 2015 : The original headline on this story has been edited to reflect a better description of the story’s content.”

The report’s “alarmist information is not the full story,” English wrote, pointing out that 65 Canadian specialists criticized the Star report in a letter to the editor published by  the Star Feb. 11.

There is not a correction on the article; however. the article carries a link to the Canadian specialists’ criticism. iMediaEthics is writing to the Star to ask if it will publish any correction in addition to English’s column.

While English argued that the Star‘s investigation did note that those challenging the vacine were only offering their “opinion” not any “conclusive evidence,” she acknowledged that most readers missed that.

“I think that’s largely due to the dramatic front-page presentation with its large headline heralding the vaccine’s “dark side” and subheadline telling you that 60 Canadians experienced debilitating illness after inoculation,” English wrote.

She added that Star publisher John Cruickshank admitted in a CBC Radio interview that the newspaper “failed in this case” and “let down readers.”

“The Star did the right thing in publishing the health specialists’ article,” English wrote. “I believe it presents the established scientific facts on Gardasil, making clear the vaccine’s value in preventing cervical and other cancers.”

She added that she agrees with the 65 specialists’ who signed a letter criticizing the Star’s reporting as “alarmist in the face of the established science.”

“The widespread criticism of the Star’s story expressed by those within the medical, scientific and public health communities is fair and valid,” English concluded, pointing out that critics have been “highly credible.”

“I believe they have spoken up out of genuine concern that the Star has fallen short of evidence-based standards of reporting on public health. They fear the Star investigation could cause harm if young women and their parents don’t fully understand the robust evidence of the vaccine’s safety and thus, avoid the vaccine,” English added.

The Star’s English previously tweeted that

@EJSMD Thanks. I think concerns are fair and valid and sources voicing concern highly credible. Star did not give proper weight to science.

The 65 specialists’ letter, “Science shows HPV vaccine has no dark side,” called out the Star‘s reporting for misleading readers.

The Star’s report’s “litany of horror stories and its innuendo give the incorrect impression that the vaccine caused the harm,” they wrote.

“Very unfortunately, this article may well lead readers to doubt both the scientific evidence and the recommendations of the Public Health Agency of Canada, the Society of Obstetricians and Gynecologists of Canada, the National Advisory Committee on Immunization, and the Canadian Cancer Society about vaccination,” the specialists went on, pointing out that “correlation is not causation.”

“The Star presented the stories of women who have suffered greatly. The article was engaging, dramatic and might have created fear. But study after study has shown that there is no causal link between the events the Star reported and the vaccine. About 169 million doses of the HPV vaccine have been administered worldwide. In any given large population, there will be illness and death. This is a statistical fact. To attribute rare devastating occurrences to a vaccine requires evidence of causation, of which the international scientific community and the Star article have none.”