Scientist Told Times He was Afraid a Hitman Tried to Kill Him, Other Scientists were Assassinated - iMediaEthics

Scientist Told Times He was Afraid a Hitman Tried to Kill Him, Other Scientists were Assassinated 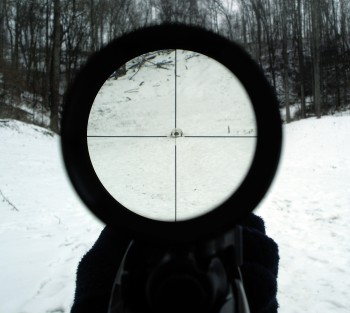 You don’t hear this every day: A British climate scientist told the UK Times he was afraid someone put a hit on him because of his knowledge about ice thickness in the Arctic.

The scientist, Cambridge University Professor Peter Wadhams, told the UK Times of his concerns and his questions that it was possible that three other specialists in his field had been assassinated in 2013.

But when the story went to print, Wadhams complained to press regulator the Independent Press Standards Organisation that his comments were not only misrepresented, they were off-the-record.

“A Cambridge professor has said that assassins may have murdered scientists who were seeking to reveal how rapidly global warming was melting Arctic ice,” the Times reported in part. “Peter Wadhams, professor of ocean physics, said he believed that he had also been targeted but had a narrow escape after a driver of an unmarked lorry tried to push his car off the M25.”

“It seems to me to be too bizarre to be accidental but each individual incident looks accidental, which may mean it’s been made to look accidental,” Wadhams was quoted by the Times as saying.

Wadhams told the Times that he was one of the four “leaders on ice thickness in the Arctic” and that the other three died that year. (The Times said the deaths were one from falling downstairs, one in an accident while bicycling, and one by lightning.)

“I just thought what is going on here? Somebody is trying to do in people who are working on ice thickness in Britain.” He added to the Times: “If it was some kind of death squad, you don’t expect that with something like climate change. I know oil companies have been giving lots and lots of money to … climate change denialist organisations but you don’t expect them to kill people.”

The Times also quoted two others saying that the timing of the three deaths was just coincidence.

The Times‘ story also noted that Wadhams was in the news because “a study contradicted his prediction that Arctic ice was melting so fast that it could all disappear this summer.”

After publication, Wadhams told IPSO he really didn’t think the other scientists were assassinated and that the whole point of the interview was supposed to be to talk about Arctic ice thickness, according to IPSO.

However, the Times had taped its conversation with Wadhams, and all of the comments the Times said he made, he made, IPSO said, adding that “of the approximately 30-minute ‘on the record’ interview, about 20 minutes focused on the complainant’s suspicions about the deaths of fellow scientists.” In addition, the recording of the interview showed that the Times asked questions about Wadhams’ concerns, “signalling that the material under discussion was was likely to form part of a published article,” IPSO noted.

Further, the Times said that Wadhams was the one who brought up his concerns about the other scientists and pointed out that while Wadhams and the reporter did go off the record for one issue, they clearly went back on the record.  In response, IPSO said Wadhams said he didn’t hear that they were back on the record, but IPSO’s investigation confirmed the Times only printed information that was clearly on-the-record.

Wadhams “expressed doubt” at the end of the interview about whether he should have talked about the other scientists’ deaths, and  the Times said they’d contact him before publication again, but didn’t. Regardless, IPSO ruled it was still fine to have used the comments since they were on the record and Wadhams was an experienced source.

Wadhams told iMediaEthics by e-mail that in his opinion: “The article was clearly unethical because the reporter promised to get my permission before publishing anything – and he failed to get back to me. My remarks were made in the context of a discussion on something quite different – climate change in the Arctic – which he stated was his main interest but which he then ignored. I believe he took the opportunity to twist my remarks (which I immediately regretted having made) in order to discredit climate change research. The Times is a Murdoch publication.”

Scientist Told Times He was Afraid a Hitman Tried to Kill Him, Other Scientists were Assassinated