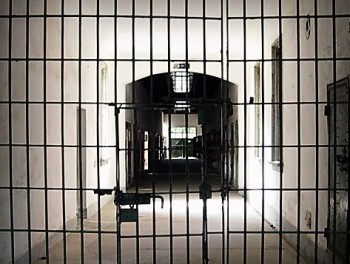 Even though some readers were upset, the Toronto Star will continue to publish Facebook photos of Bruce McArthur, the Canadian man accused of being a serial killer, the Star‘s public editor, Kathy English, wrote. McArthur has been charged with the murder of six men.

In a March column, English explained that several readers complained to the Star about the newspaper’s use of a photo of McArthur smiling in front of Niagara Falls. Readers wanted to know why the Star didn’t use a mugshot.

However, the police didn’t release a mugshot, English said, so the Star was left with only two photos of McArthur to use to illustrate stories — both pulled from Facebook.

“I understand that the smiling image at Niagara Falls may well be upsetting to some, in that it depicts the seemingly innocuous colliding with unimaginable horror,” English wrote. “But this is reality; this is fact as we know it now and it is journalism’s responsibility to report reality fully and unflinchingly, even when we know it may offend or upset some readers.”

Further, she noted the police “investigation is ongoing” so it’s “important that this man’s image remain in the public eye.”

Readers similarly raised complaints to the Globe and Mail’s public editor, Sylvia Stead. In an e-mail to iMediaEthics, Stead noted she saw “a few” complaints on Twitter about the use of McArthur’s photos. “I have written before saying that photos must be used to show both the victims and the perpetrators, but the balance should definitely be on the victims and current photos or photos in court as opposed to the happy photos available on Facebook or other social media are always best because they are true news photos,” she wrote. “When they aren’t available, then use sparingly, I would suggest.”

Stead also pointed to her Feb. 1 column, “Remembering the Victims,” which reported on readers who “were angry and upset” over the Globe’s coverage of crime victims and those accused, including McArthur. Stead noted readers were “upset with the re-use of smiling photos of Bruce McArthur,” agreeing with their complaints about the photos and calling for more coverage of the victims.