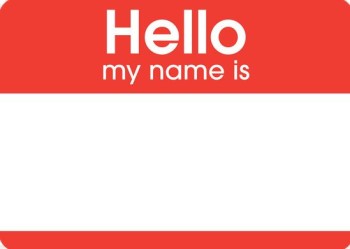 An 11-year-old Toronto girl claimed earlier this month that her hijab had been cut on her way to school. The alleged incident made national news and prompted a police investigation as a possible hate crime. In addition, the girl spoke at a press conference. It turns out, however, that the girl made up the story, something her family admitted after the police said the incident “did not happen.”

Initially, the Toronto Star did name and identify the girl, but now the Star isn’t including her name.  Despite her age, her name was available and she spoke at the press conference.  The Toronto District School Board explained to the Star that it didn’t discuss if it was OK for the girl to speak to the media at the press event; instead, the board asked her mother if she wanted to answer media questions and the mother brought her daughter with her.

Star public editor Kathy English explained that the newspaper doesn’t have “explicit policies on interviewing or identifying children.” Rather, the Star‘s guidelines call for “special sensitivity” in reporting on children under 16. According to English, “there was never any conversation in our newsroom” about identifying the girl by name or photo. The paper named her because she spoke “before media at the school board offices, with school board officials and her mother present,” so there was no reason the Star would have to debate naming her.

English told iMediaEthics that “any decision to remove her name from the initial reports must be made by the managing editor (Irene Gentle) and editor (Michael Cooke).”

The Star stopped using her name when her story was found to be false, according to English, who advocated for the redaction of the girl’s name “so this story is not connected to her online identity for the rest of her life.”

“Whatever happened — and it would seem this child told quite a lie — we must remember that she is just a child,” English reminded.

Initial reports on the girl’s claim of being attacked still have the girl’s name and photo; the first report on her claims carries an update about the police’s conclusion “this incident did not occur.” English told iMediaEthics that the Star plans to link the earlier reports on the alleged incident to the stories about the incident being fake.

Toronto police Director of Corporate Communications Mark Pugash told iMediaEthics, “The events described did not happen” and confirmed the police initially investigated the alleged incident as a hate crime. When asked if the girl said why she made the story up and if there would be any repercussions for the false report, Pugash said, “We are not discussing the specifics of the investigation” and “The investigation is concluded. We don’t expect there to be any further developments.”

Further, English warned against applying the “fake news” label to the story, because the Canadian media reported on “information from reliable sources: an official police news release about a hate crime investigation involving a child, and an invitation by the school board for the media to talk to the girl with her mother presiding. On the face of it — based on what those valid sources said at that time, and the rush to condemnation by politicians at all levels of government — this was real news.”

Sylvia Stead, the public editor at Toronto-based Globe and Mail, told iMediaEthics by e-mail, “The Globe decided not to name the girl once the police said it didn’t happen.” According to Stead, the Globe doesn’t intend to add any editor’s note or updates to articles on the alleged attack being found to be false because the reporting was accurate. “There is no plan at the present time to update the initial story because it wasn’t wrong,” she said.