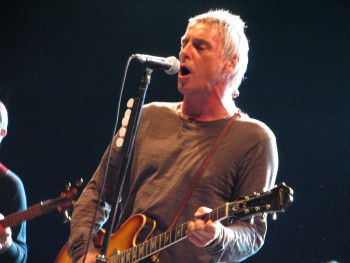 Now two courts have ruled that the Daily Mail invaded the privacy of singer Paul Weller’s children by publishing photos of them in California.

The Mail appealed the ruling, but this week the Court of Appeal sided with the High Court’s original ruling. The BBC reported that the Mail claimed the original ruling established an “image right” — “that is, giving legal control to the subject of the photograph – for the first time and this would have far-reaching adverse effects on the freedom of the UK media.”

According to the Press Gazette: “Giving the court’s ruling, Lord Dyson said that Mr Justice Dingemans was right to hold that the children had a reasonable expectation in the privacy of the photos and that their Article 8 rights which relate to respect for private and family life outweighed Associated’s right to freedom of expression…”

The judge argued that the photos weren’t in the public interest, and only published because of Weller’s celebrity, according to the Press Gazette. The judge noted that their parents hadn’t “courted publicity” and that because Weller is well-known the children are “potentially exposed to a special vulnerability.”

“They were only of interest to the Mail Online because they are children of a successful musician … the article and the photographs related exclusively to details of their private life and had the sole purpose of satisfying public curiosity,” Lord Dyson said, according to the Mail.

In addition to paying the  £10,000, the Mail has to pay Weller’s court costs for the appeal, the Press Gazette reported.

iMediaEthics has written to the Daily Mail for comment.