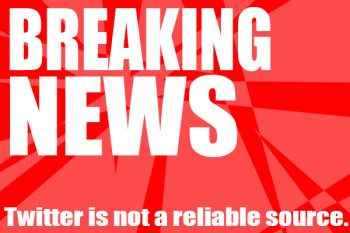 The Huffington Post was hoaxed by a fake interview with someone they found on social media claiming to witness the shooting death of an 18-year-old by a police officer at a St. Louis gas station.

The phony interviewee told the Huffington Post a tall tale about what happened during the incident with Antonio Martin and the police officer. The source “Jesus Christo” claimed that he “layed down but Antonio refused,” and because Antonio “didn’t lay down the officer opened fire,” according to screenshots of the article posted by the Washington Post.

The Huffington Post posted the following correction on its article on the death of Antonio Martin:

“CORRECTION: A previous version of this story included an interview with a man claiming to have been at the scene of the shooting and friends with the deceased. As police have released statements saying the second person involved in the incident has fled the scene, the source is now suggesting he was never there.”

The correction originally was posted above the story but later moved below, The Washington Post noted.

The reporter for the Huffington Post, Sebastian Murdock, also tweeted an apology.

I was misled and made a foolish error. Thank you all for pointing this out. I am correcting the story to reflect as much.

The International Business Times has not corrected its report which still cites the phony account from Christo and his quotes to the Huffington Post.

The Mirror quoted Christo’s tweets but not his interview with the Hufington Post.