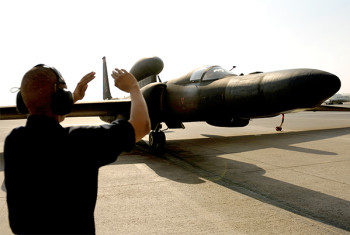 The Press-Enterprise retracted a November story about a former U-2 pilot’s experiences after it wasn’t able to confirm they were real. Unfortunately, the newspaper’s fact check of the former pilot’s claims only occurred after publication.

The Press-Enterprise is a daily newspaper in Riverside, California with a circulation of about 131,000, according to Mondo Times. U-2 planes were spy planes used by the CIA starting in the 1950s. The planes flew at high altitudes to avoid detection.

The Nov. 11 story in question was a profile about a former U-2 pilot named Cliff Beeler and his time in the service.  The Press-Enterprise admitted it didn’t verify all of Beeler’s account before publication.

The newspaper said it tried to ask Beeler about the challenges to his story. However, Beeler wouldn’t discuss them and his son dismissed the issues.  According to the Press-Enterprise, “[his son] blamed the confusion on poor record-keeping by the unit and the classified nature of the activities.”

“While the events he recounted — the crash of a U-2 plane in 1962 and the landing of a U-2 on an aircraft carrier — did occur, Beeler was not the pilot involved in those instances, according to interviews with people who have knowledge of the incidents. During initial reporting, The Press-Enterprise verified that Beeler was a U-2 pilot, but not the experiences he described.”

After the story’s publication, the Press-Enterprise heard from “multiple sources” including “former pilots in the program” who said Beeler told stories that “involved other pilots and other planes.” For example, Beeler said he was in a plane crash over a swamp. But, a U-2 historian told the Press-Enterprise the pilot who crashed was actually Chuck Stratton. Stratton confirmed that he was the person who crashed in that incident.

“That story (Beeler) tells of the plane crash in the swamp and someone hanging in the tree,” Stratton is quoted as saying. “That was me.”

One of the commenters on AirlinePilotForums.com questioned Beeler’s story writing “to [sic] many inconsistencies.”

Another commenter, “HuggyU2,” wrote in that he contacted the reporter Muckenfuss about the article and his concerns over the accuracy. “I wrote the author, primarily to let him know that the description of how we climb, how altitude affects stalls, and how the sound barrier shock wave that breaks up the jet are all incorrect. He did write me back, and ask for my input. That’s a first, so I like this reporter.”

iMediaEthics has written to the Press-Enterprise’s editor Michael Coronado for more information. We’ll update with any response.

This story’s headline originally referred to the pilot being from WWII. The pilot in question discussed his flights in the 1960s. Thanks to Jeremy Wessel for pointing out the error.