U of Cal. student newspaper accused security firm of smoking pot with stude 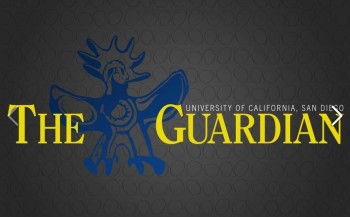 The Guardian, the independent biweekly student newspaper at the University of California-San Diego, retracted a editorial that accused members of a local security firm of of smoking pot, making female students uncomfortable, intimidation and more.

The firm, Staff Pro, had previously been hired by the university and was re-hired for an upcoming festival.

The article has been unpublished, but iMediaEthics found a cache. The editorial was signed by the UCSD Guardian Editorial Board and stated in part:

“One of the more troubling Task Force ideas was the proposal to hire Staff Pro again, the security firm that last year, not only allowed drugs and alcohol to make their way into dorms, but had staff members also partaking in these substances to the point of harassing students.”

The article further claimed “Some of the Staff Pro security detail was seen smoking pot with students before allowing them entry to residences, which might not be a big to-do if they weren’t hired exactly to keep things like that from happening. Guards reportedly also made unwelcome comments to female students, creating a borderline hostile atmosphere contrary to the new culture that the Task Force is trying to establish.”

“Yes, Staff Pro did contact UCSD regarding the comments in the original editorial,” StaffPro’s Schmitt wrote to iMediaEthics. “There were several points of contention and the comments were untrue.  Staff Pro is pleased that UCSD acted quickly and responsibly in issuing the retraction.”

“The UCSD Guardian Editorial Board has decided to officially retract an editorial from December 3rd, 2014, titled “Task Force Should Properly Investigate Before Re-hiring Staff Pro.” We’ve found it to be below the standards of reporting that we strive for. We apologize for any distress caused to to Staff Pro and the university administration.”

iMediaEthics has written to the newspaper for comment and more information.