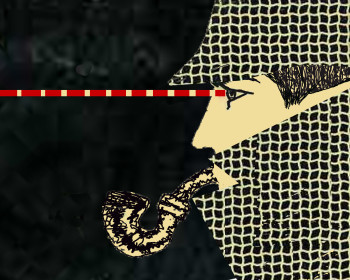 UK Channel 4 didn’t break broadcasting guidelines for fairness with its undercover report “Politicians for Hire,” broadcast regulator OfCom ruled last month. The program, which was about two members of Parliament, Sir Malcolm Rifkind and Jack Straw, asked “if there’s still a program with politicians for hire” and if politicians were following appropriate conduct.

In a statement sent to iMediaEthics, Channel 4’s Deputy Head of News & Current Affairs and Dispatches Editor Daniel Pearl said: “We are delighted this important piece of public service journalism has been thoroughly vindicated by the independent regulator. This was a rigorously detailed investigation which paid scrupulous attention to fairness and accuracy at all times. We are pleased that Ofcom has recognised that the secretly-filmed comments, ‘accurately represented the discussions that took place between the MPs and the undercover reporters.’”

Channel 4 actually asked OfCom to investigate its own reporting, as iMediaEthics previously reported. Neither Rifkind nor Straw complained to OfCom about the report.

OfCom ruled that Channel 4 took “reasonable care” to ensure accuracy and fairness, asked Rifkind and Straw for comment and was justified in using undercover reporting. It also decided that Channel 4 was fair in its use of comments from the two politicians and that the reporting was in the public interest.

The Feb. 23 program claimed Rifkind and Straw “were willing to use their positions and contacts as MPs (as they were at the time of broadcast) and senior parliamentarians for personal gain,” OfCom said. The report also “considered if their behaviour fell short of public expectations, regardless of whether or not Parliamentary rules had been breached.”

The Channel 4 report received a great deal of media coverage, and the Parliamentary Commissioner investigated, OfCom noted. The commissioner determined that the two MPs didn’t break Code of Conduct or Rules of the House.

Channel 4 told OfCom that it followed its “procedures and guidelines”and its reporting went under “extensive editorial and legal scrutiny” including “scrupulous attention being paid for fairness and accuracy.”

“In summary, Channel 4 said that it and the programme makers had gone to great lengths to ensure that all secret filming included in the programme was fairly and accurately reproduced and properly contextualised,” OfCom reported, noting that it flagged any edits in the video for viewers.