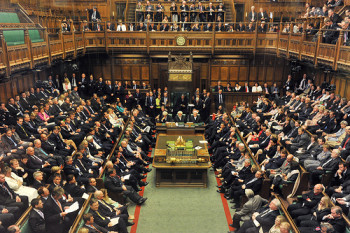 According to Hold the Front Page, the Independent swapped out the incorrect photo and has “updated to say that [Lammy] has now ruled himself out of the race.”

The newspaper’s editor, Tim Jones, admitted the error was “an embarassing cock up” because the reporter was “too trusting of a photographer’s caption.”