UK Politician did not buy oil from ISIS, Iran's Press TV must pay $500K US - iMediaEthics

UK Politician did not buy oil from ISIS, Iran’s Press TV must pay $500K US 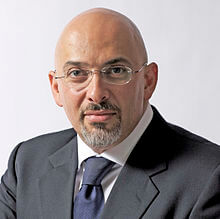 Now, Press TV must pay him nearly $500,000 in damages and costs, after Zahawi, a member of Parliament, sued for libel.

Press TV’s July 2015 online article claimed Zahawi bought oil from ISIS and sold it to Israel and Europe, according to the Press Gazette, therefore suggesting he funded terrorism.  Zahawi was born in Iraq, Chief Strategy Officer for Gulf Keystone Petroleum and founded the polling company YouGov.

The judge, Master Victoria McCloud, called the story “fake news” and the claims “exceptionally grave,”  Press Gazette reported. “Neither Press TV nor Press TV Limited defended the case and judgment was entered in default,” but the article was unpublished in August 2016, according to Press Gazette.

iMediaEthics has written to Press TV to ask what information or evidence prompted the original article’s publication, if Press TV will apologize to Zahawi and why Press TV didn’t show up in court.

In a statement about the verdict, published by the Telegraph and Guido Fawkes, Zahawi said in part,

“The ludicrous allegation that I, while a Member of Parliament, had firstly betrayed all of my deepest held moral principles, and secondly had somehow managed to avoid international security services, and the law, to personally trade oil with Daesh [aka ISIS] was of course completely untrue.”

iMediaEthics has written to Zahawi to ask for further comment about his decision to fight the false claims in court.

UK Politician did not buy oil from ISIS, Iran’s Press TV must pay $500K US