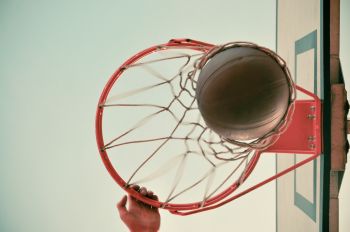 USA Today published an article saying Supreme Court nominee Brett Kavanaugh “should stay off basketball courts for now when kids are around.” That article has been edited since publication and labeled opinion, The Daily Caller noted.

The Sept. 28 piece by Erik Brady is now headlined, “Opinion: Is Brett Kavanaugh right that he can no longer coach girls basketball?” In an e-mail to iMediaEthics, Brady wrote, “I don’t have any comment or anything to add.”

A USA Today spokesperson, Amber Allman, told iMediaEthics by e-mail the article was originally intended as an opinion piece. “The piece was labeled as opinion upon publication Friday. Reader feedback on Saturday indicated that it was not clear on all platforms so additional labeling was added that morning. Our editorial team continues to look at ways to improve how we identify such content,” she wrote.

Allman added, “We strive to always provide a wide-range of voices and opinions on issues of keen public interest that reflect our wide audience across the nation — and around the globe.”

USA Today added an editor’s note to its piece which says the commentary was a response to Kavanaugh’s comments during Senate testimony about coaching his daughters’ basketball teams. Further, the editor’s note says the column was re-edited and labeled opinion.

USA Today also deleted a tweet. In a separate column, standards editor Manny Garcia wrote about the changes to the article, explaining:

“Our sports writer wrote a column on the accusations that Kavanaugh sexually assaulted Christine Blasey Ford while they were in high school and how that could now possibly impact his ability to coach young athletes. In the author’s opinion, he thought it best to wait for the investigations to be concluded before Kavanaugh resumed his role, should he get the green light.

“The writer said he never intended to malign Kavanaugh. But the way a sentence was written could be read to imply that the judge needed to stay away from children.”

Garcia said that USA Today editors reviewed the article after publication and “agreed the language used went further than the intent of the column.”  He noted that “we avoid taking stories down” so instead the article was edited an added an editor’s note. The changes, he wrote, were:

“To be transparent, we removed the photo, removed two lines from the column, and made it clear in the headline that the column was opinion. We also deleted the original tweet. Then we disclosed these actions to our readers on Twitter and in the column itself.”

The Washington Post’s Erik Wemple listed lines that were removed from the piece. They included:

“He shouldn’t – at least not until further investigation has concluded.

“The U.S. Senate may yet confirm Kavanaugh to the Supreme Court, but he should stay off basketball courts for now when kids are around.”

“The nation is deeply divided. Sometimes it feels like we don’t agree on anything anymore. But credibly accused sex offenders should not coach youth basketball, girls or boys, without deeper investigation. Can’t we all agree on that?”

The editor’s note in full reads:

“Editor’s note: Supreme Court nominee Judge Brett Kavanaugh has told members of the Senate Judiciary Committee he loves coaching his daughters’ girls basketball teams, but said in testimony Thursday “thanks to what some of you on this side of the committee have unleashed, I may never be able to coach again.”  The intent of this commentary was to address that question. The column was re-edited to more closely reflect that intent and labeled to reflect it as the writer’s opinion.”