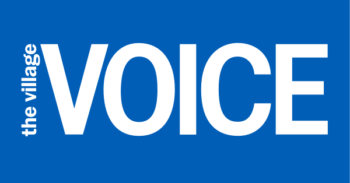 iMediaEthics has been closely covering Kevin Deutsch, the former Newsday and New York Daily News staffer who has more than 100 sources that just haven’t checked out. While Newsday couldn’t confirm the identity of 109 of Deutsch’s sources, and the New York Daily News told iMediaEthics last week it couldn’t conclusively confirm sources because of a time lapse in Deutsch’s reporting, iMediaEthics just came across an editor’s note on Deutsch’s sole article for the Village Voice, showing the Village Voice proactively decided to review Deutsch’s work given the controversy.

“Editors’ Note: After The Baltimore Sun and iMediaEthics were unable to locate sources quoted by the author Kevin Deutsch in his previous work, the Voice asked Deutsch to provide his notes for this story. The Voice has yet to receive them, and we are conducting our own review of Deutsch’s reporting.”

As iMediaEthics has reported, inquiries into Deutsch began seven months ago. The Baltimore Sun and Baltimore City Paper published questions about the veracity of Deutsch’s second book, Pill City, and prompted the New York Times to investigate Deutsch’s one freelance article for the Times. During its review, the Times was unable to confirm the identity of two of Deutsch’s named sources in his freelance article, and the newspaper published a lengthy editor’s note.

After iMediaEthics saw that editor’s note, we contacted Deutsch and began reviewing his work. Deutsch also suddenly quit his job teaching journalism at Queens College. iMediaEthics examined about 40 of Deutsch’s stories, using affiliations Deutsch listed in news reports and public databases to try to track down his named sources. We were unable to find 14 sources in his stories for the New York Daily News, Newsday, New York Times and Newsweek.

Newsday spent nearly five months reviewing Deutsch’s 600-odd stories as a crime reporter for the Long Island newspaper and revealed in July it couldn’t confirm that 109 sources in 77 stories existed. The New York Daily News released a statement to iMediaEthics last week stating it didn’t see any “red flags” in Deutsch’s roughly 600 stories for the newspaper, but that because many of Deutsch’s stories were co-bylined and several years old, it couldn’t “comprehensively” confirm them all. Newsweek’s review still hasn’t been released.

Despite the reviews and challenges to his work, Deutsch has maintained the accuracy of his work, and has self-published two articles on HuffPost’s contributor platform. One of the article he previously published on addiction recovery website The Fix, but The Fix unpublished after iMediaEthics asked editors about the verification of Deutsch’s anonymous source.