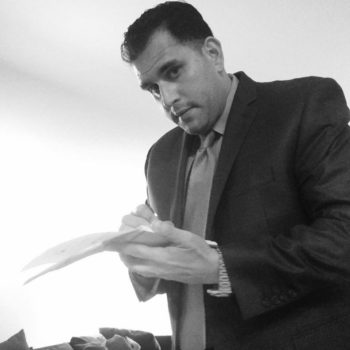 Exclusive: To Kevin Deutsch, crime reporter: Where is the Boston Marathon bombing victim’s classmate? Where is the man who worked out at the same gym as the Orlando Pulse nightclub shooter? Where are the two men who taunted an ex-cop in Bronx Central Booking after he killed his girlfriend?

iMediaEthics has looked into a handful of Deutsch’s articles since we read the New York Times‘ Feb. 25 editor’s note citing its problem of not being able to find the existence of two of Deutsch’s sources for a story on fentanyl use on Long Island.

We have sent out dozens of information requests by phone and e-mail for fact checking, and responses are continuing to come in.

At the same time, the New York Daily News, the 8th-largest circulation newspaper in the U.S, Newsday, the 13th largest, and now, Newsweek are conducting reviews of Deutsch’s work.

Random friends, work colleagues and classmates of key figures in Deutsch’s big national news stories continue to not check out.

And Deutsch, 35, a longtime crime reporter formerly on staff for Newsday and New York Daily News, continues to fail to provide iMediaEthics with any evidence that the sources we have found to be dubious really exist and defends all of his work in blogposts, tweets and e-mail.

There are now eight total sources with discrepancies, proving basic fact checking steps failed, such as the reporter or his editors calling the school, NYPD, or the shooter’s gym to verify one of Deutsch’s lucky scoops. The following is, in brief, a list of the sources, the descriptions Deutsch provided for them, what the problem is, and what, if any, explanation Deutsch has offered.

Backstory on How Investigations Began

Last month, the Baltimore Sun reported questions about Deutsch’s new book Pill City, which is subtitled “How Two Honor Roll Students Foiled the Feds and Built a Drug Empire”. The Sun‘s reporters contacted the New York Times, which had published a freelance article by Deutsch in December, and Newsday, where Deutsch was on staff for four years.

After the New York Times‘ Feb. 24 editor’s note revealed that it could not locate two of Deutsch’s sources, iMediaEthics looked into several of Deutsch’s articles.

Deutsch reported that Baumer was a “colleague” of Mateen’s whose “security guard shifts at the PGA Golf Club at PGA Village overlapped with Mateen’s in 2015.” iMediaEthics contacted G4S, which employed Mateen as a security guard, and G4S said it never employed anyone with the name Eric Baumer. “We have no record of an employee (current or former) named Eric Baumer (or close variation),” G4S director of communications Monica Lewman-Garcia told iMediaEthics last week.

A screenshot of G4S’s Director of Communications’s March 1 e-mail to iMediaEthics confirming it never employed an Eric Baumer.

iMediaEthics also reported that Aahil Khan, described as a “classmate” in the headline and “childhood friend” of Mateen’s, didn’t attend school with Mateen. The Martin County School District and St. Lucie Public Schools told us they had no record of any student named Aahil Khan.

(After publication of that article, Deutsch admitted in an e-mail to iMediaEthics he didn’t ask Newsday to correct the characterization of “classmate” from the headline anytime during the past nine months. He wrote to  iMediaEthics that he was too busy but asserted it was Newsday’s error and that iMediaEthics should publish a correction. We asked Newsday if it erred and are waiting for a response. If the headline was mistaken, iMediaEthics will correct.)