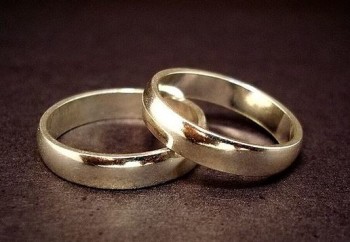 Last year, news outlets covered a study saying that people were more open to same-sex marriage after talking to people who are gay, Poynter reported this morning, but the study has been retracted amidst accusations of faked data.

Vox retracted its April 2014 story, posting a lengthy update explaining that when two political scientists wanted to further the research, they noticed “a number of irregularities, not least an unusually high response rate” in addition to the survey firm listed as responsible denied knowing about the survey.

Co-author Michael La Cour admitted “falsely describing at least some of the details of the data collection,” Vox reported, and the other co-author, Donald Green, officially retracted it. The study, “When contact changes minds: An experiment on transmission of support of gay marriage,” was published in Science journal. Green asked Science to retract, the Washington Post reported. Green told IMediaEthics that Science is trying to see if LaCour will sign the retraction.

Because of high traffic today, we’re experiencing outages at Retraction Watch. We’re in touch with our host, thanks for your patience.

Green admitted it was “a serious mistake” to not fact check the data allegedly supporting the study at the time.

Green told Politico that LaCour said he “did not fabricate the data” but couldn’t find the “Qualtrics source files for the surveys.”

LaCour re-tweeted some posts about the news. He told iMediaEthics, “I’m gathering evidence and relevant information so I can provide a single comprehensive response. I will do so at my earliest opportunity.”

Instead of using a court of public opinion, I think it’s important to let @UCLaCour address the concerns raised by @dbroockman et al.

All this is almost too bad to be true. Here’s hoping @UCLaCour will prove everyone wrong. Got to be more than this nightmare.

While Vox left its original story on the study up “in the interest of full disclosure,” it warned readers “don’t believe any of its findings.”