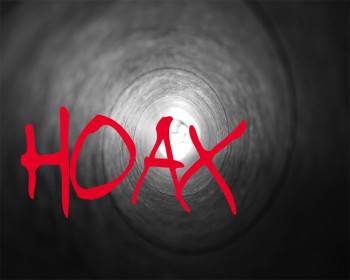 The Washington Post was duped by a fake Pfizer press release claiming the pharmaceutical company wasn’t going to raise any of its drug prices.

In a statement on the newspaper’s website, the Washington Post retracted the story and said its story was “briefly published” and “based on a false press release produced by an unknown person or group.” When asked for further comment, including how long the story based on the fake press release was published, the Washington Post referred iMediaEthics to its statement.

According to the Post, the fake press release came from an e-mail “that appeared to belong to a real Pfizer spokesman, but used the domain pfizerinternational.com, a fake website that closely mimics Pfizer’s,” which has also been deleted.

Pfizer issued a statement confirming the fake press release and fake website, which the Post included in its statement and Pfizer sent to iMediaEthics. It reads:

“A false press release related to drug pricing and linking to a fake web site was anonymously issued earlier today. It was erroneously attributed to Pfizer and should be disregarded. Pfizer is investigating this matter and evaluating its legal options against the parties responsible. Pfizer is committed to engaging in an honest discussion and real dialogue about the issues that matter to patients.”

Bloomberg News suggested the fake press release was part of an early April Fool’s Day prank that “played on the fact that the industry has been under fire in recent months for skyrocketing drug prices, after examples of thousand-percent hikes hit the headlines and prompted a Congressional inquiry into the issue.”

iMediaEthics has written to Pfizer for further comment about the hoax press release, including if the company has learned yet who originated it.