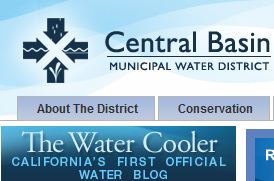 The Los Angeles Times revealed Nov. 8 a case of what appears to be fake reporters publishing public relations-sponsored work on a website called News Hawks Review.

According to the LA Times’ report, someone posing as a journalist named Mike Adams published “more than 20 stories” on Los Angeles’ Central Basin Municipal Water District.  However, when the LATimes started digging into who Adams is, the search turned up empty.

The LATimes explained that the water district Adams reported on had spent “nearly $200,000 in taxpayer money to public relations consultant Ed Coghlan.”  Coghlan then told the district he would get a journalist to write the “promotional stories about the district.”  But,when the LA Times looked into Adams’ News Hawks biography, his listed credentials didn’t check out. For example, Adams’ biography said he obtained a construction sciences degree at Westminster College, but the college “has never offered a degree in construction sciences.”

His photo on the biography page also turned out to be a stock image. And, some of Adams’ sources for the NewsHawks articles told the LATimes “they never actually met him, but they recalled being interviewed by Coghlan, the public relations consultant working for Central Basin.”  According to the LATimes, during its investigation of Adams, News Hawks Review took down Adams’ biographical information from the site and changed his bylines to “publisher.”

The LATimes also looked into other News Hawks writers and turned up empty:  For example,

“Two writers credited for reporting about Central Basin, Charles Lindy and Kara Degete, were listed as veterans in business and political journalism, respectively. But The Times could not confirm their past work experience, and their photos, like the picture of Adams, were also found on other stock photo websites.”

News Hawks’ Hannah Grimm, who boasted a Columbia School of Journalism degree, never graduated from the school, according to the LATimes.  And, the site’s editor-in-chief Ruth Gramma appears to be non-existant as well. The LA Times noted that “News Hawks stated that its editor in chief, Ruth Gramma, had more than 30 years’ experience in print journalism. But no record of a person with that name could be found, and searches in multiple article databases produced no evidence of her work.”

According to News Hawks Review’s website, “This is a NEWS site. We publish News. We do not publish promotions for products, product reviews or Spam. We will reject Spam immediately.”

Meanwhile, UPI reported that the water district said it didn’t know that the articles were written by fake reporters and ended its relationship with News Hawks Reviews.  “As far as we knew these were real writers,” water district spokesperson Valerie Howard is quoted as saying.

In a Nov. 11 article, the LA Times reported that the district said it told its public relations consultant, Ed Coghlan, “to no longer use the website” after the LA Times revealed the phony reporters.

iMediaEthics has written to News Hawks Review for comment and will update with any response.

We wrote yesterday about Utah mayor Mike Winder, who revealed he was writing positive articles for news sites about his city under the fake byline Richard Burwash.