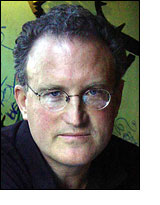 With the rise of 24-hour cable TV came the need for more and more content. But without the funds to pay more and more staff, broadcasters have increasingly turned to pundits to fill their air time. Sometimes those pundits are experts with specialized knowledge; often they are people who are able to speak on camera and will take a strong position to promote an agenda, political or otherwise.

In the October issue of The Atlantic magazine, staff writer Mark Bowden looks at the effect of this practice. As a case study, Bowden uses the coverage of then-nominee for U.S. Supreme Court justice, Sonia Sotomayor. Preparing for an appearance on the Fox News show “Hannity,” Bowden tuned in to Fox on the day of Sotomayor’s nomination. “They showed a clip from remarks she had made on an obscure panel at Duke University in 2005, and then, reaching back still farther, they showed snippets from a speech she had made at Berkeley Law School in 2001. Here was this purportedly moderate Latina judge, appointed to the federal bench by a Republican president and now tapped for the Supreme Court by a Democratic one, unmasked as a Race Woman with an agenda.”

For a detailed account of the video clips within their original context, read page three of Bowden’s article. Here is Sotomayor’s response to the clip that was used to claim she harbored racial prejudice, a snippet of a speech she gave at Berkeley Law School in 2001. The full transcript of that speech can be read here. And here is the clip that was used to claim Sotomayor was an activist judge, again a small portion of a speech she gave, this time at Duke University in 2005.

Bowden admits that, at first glance, he was impressed by the network’s ostensible “legwork.” But then he changed the channel. MSNBC, CNN, CBS, ABC. All were showing the exact same video clips of Sotomayor. “By the end of the day just about every American with a TV set had heard the ‘make policy’ and ‘Latina woman’ comments. By the end of the nightly news summaries, millions who had never heard of Sonia Sotomayor knew her not only as Obama’s pick, but as a judge who felt superior by reason of her gender and ethnicity, and as a liberal activist determined to ‘make policy’ from the federal bench.”

So Bowden goes looking for the source of these clips and finds Morgen Richmond and John Sexton, two conservative bloggers who co-founded the website, Verum Serum. “For both Sexton and Richmond, Verum Serum is a labor of love, a chance for them to flex their desire to report and comment, to add their two cents to the national debate. Both see themselves as somewhat unheralded conservative thinkers in a world captive to misguided liberalism and prey to an overwhelmingly leftist mainstream media, or MSM, composed of journalists who, like myself, write for print publications or work for big broadcast networks and are actually paid for their work.”

It was Richmond who dug up both clips and posted them on Verum Serum, along with commentary asserting that they were “evidence” of Sotomayor’s racial bias and activist tendencies. If Richmond’s work was limited to the blogosphere, his personal bias might not be a problem. But when some blog stories end up on legitimate news broadcasts without being fact-checked or contextualized, journalism begins to deteriorate.

Amy Green, chairwoman of the Society of Professional Journalists’ freelance committee and a freelance writer with bylines in the Christian Science Monitor, the New York Times, Newsweek and People magazine, told StinkyJournalism that the TV trend is now seeping into print publications. “Magazines are redesigning and they are using staff writers less and they are using experts or pundits to write their articles,” she said during a phone interview. “What we’re seeing is the influence of blogging and cable news shows in magazines, basically seeing the talking heads of TV in the pages of magazines.”

After Bowden’s article ran, Richmond wrote several responses on Verum Serum. In his first post, he argues that Bowden doesn’t give credit to blogging’s strengths. “…the real-time, collaborative nature of the blogosphere does a far more effective job in scrutinizing and vetting information than the traditional media does – now if not ever.”  He also argues that Bowden mischaracterizes Richmond’s role in the Sotomayor coverage because he doesn’t understand the nature of blogging. “In the blogging world, linking to external sources or other background information in most cases suffices for context.”

Richmond backs up these claims by describing what happened after he first posted the video of Sotomayor’s Duke speech.”…there were an assortment of bloggers across the political spectrum dissecting and analyzing these finds. And not just the short clips which ultimately played on TV. I posted a link to the full Duke Law video almost immediately, and embedded as much of the ‘wise Latina’ speech as I could in my initial post, so anyone who was interested had access to as much context as they wanted. Many highly-regarded blogs, such as the Volokh Conspiracy, concluded as Bowden did that these statements were not as controversial as they seemed on their face. And of course many others were not so willing to give Sotomayor the benefit of the doubt.” (Link within the quote is Richmond’s.)

While Richmond’s perspective is valid and may in fact be true (in this particular case), what Bowden seems to be lamenting is not that bloggers participate in journalism, but rather that traditional news outlets have relinquished their role as reliable sources of fully reported, researched and investigated stories. In order to compete with new media, like blogging, they are playing a game of speed and sensationalism. True, Bowden places some of the blame on Richmand and his cohorts — but only to differentiate what they’re doing from what would be considered traditional journalism.

John Sexton also wrote a response to Bowden’s article, and Richmond followed up with additional clarifications about his motivations for blogging and his interpretation of Sotomayor’s comments.

But Richmond harbors no ill-will towards Bowden writing, “Say what you want, but the guy practices what he preaches. He made a concerted effort to obtain all of the relevant facts and background information, and I believe he worked hard to be evenhanded in his assessment. Where we differ is in perspective.”

And that work can be seen in Bowden’s final piece. He fills out the Sotomayor story, explaining where the clips were pulled from and how they fit into the context of much more substantial conversations. His reporting shows what journalism stands to lose. He describes it thusly: “The honest, disinterested voice of a true journalist carries an authority that no self-branded liberal or conservative can have….Journalism, done right, is enormously powerful precisely because it does not seek power. It seeks truth.”

Read the Mark Bowden’s entire article, “The Story Behind the Story,” at The Atlantic website.

Not Discriminatory to write about Woman's relationship with a chandelier, IPSO rules
Coronavirus errors: More news media corrections include how to disinfect