Who was Sanjay Gupta’s Patient after Nepal Earthquake? CNN Corrects 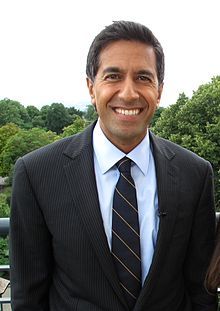 One big media story this summer centered on CNN’s Sanjay Gupta and his role in covering the Nepal earthquake earlier this year.

While covering the aftermath of the earthquake for CNN, Gupta helped operate on a young girl whom he called Salina Dohal. (More on the line between his work as a journalist and a doctor below.) But, after Global Press Journal investigated, it turned out Gupta had the name of the girl wrong and CNN ultimately corrected its coverage.

After Global Press Journal published its story on Gupta, CNN added an editor’s note to the April 27 story by Tim Hume about Gupta’s operation. The July 8 editor’s note reads:

“Questions have arisen about the identity of the girl who Dr. Sanjay Gupta helped operate on during a week in Nepal in the aftermath of a devastating earthquake. CNN is looking into those questions and will update our coverage as warranted. Gupta helped doctors at Bir Hospital in Kathmandu perform a craniotomy in a makeshift operating room on a young patient as described in this story; it is the identity of the patient that is in question.”

Then, after investigating the question of identity raised by Global Press Journal, CNN added a correction:

“An earlier version of this story, first published April 27, 2015, incorrectly identified the patient that Dr. Sanjay Gupta operated on after the Nepal earthquake. We regret the error. After investigating the details of the surgery, we confirmed Dr. Gupta performed brain surgery on Sandhya Chalise, as reported in the original version of this story. We have updated the story below with the correct information.”

Oddly, CNN correctly named the girl as Sandhya Chalise at first, but later changed its reporting to identify the girl as Salina Dohal, according to Global Press Journal.

“Gupta’s statements in the videos run counter to CNN’s own reporting from the hospital. A text story written by CNN digital producer Tim Hume and published on CNN.com just after 4 p.m. GMT on April 27 correctly identifies Sandhya Chalise as Gupta’s patient. The story noted that Sandhya was suffering from blood clots.”

The patient’s name and age was changed nine hours after publication, according to Global Press Journal.

“Portions of the story, including sentences that originally described Sandhya’s injuries – blood clots in her brain – were used, word for word, to describe Salina. The story’s original sections about Salina, which described her minor injuries, were deleted.”

Gupta told the Daily Beast that he looked at CAT scans for both girls and they had the same injuries — “right side-of-the-brain epidural hematomas.”

“When I went into the operating room—the surgeons came and grabbed me, they said they were not going to start the case until I was in the operating room—the patient was already draped. So when you walk into a situation like that, the best way I can describe it is all you really see is the top of the head,” Gupta told the Daily Beast.

CNN told Global Press Journal that Gupta was told the identity of his patient by the hospital.

“CNN’s videos featuring Salina went viral across the globe, unbeknownst to Salina and her family, who say they’d never heard of CNN or Gupta before a GPJ reporter told them about the coverage.   Original versions of the story that feature Sandhya instead of Salina are available on many CNN affiliate sites and other sites across the Web.   The CNN crew did not get permission to photograph Sandhya or publish those photos, says her mother, Sumitra Chalise.”

iMediaEthics asked CNN about this. Spokesperson Neel Khairzada told iMediaEthics, “Dr. Sanjay Gupta tries hard during crisis to treat patients and their families with respect and ensure they know he intends to build stories around their care.  His actions in Nepal were consistent with this concern.”

An interview with Sandhya’s mother by Global Press Journal, that CNN pointed iMediaEthics to, shows Chalise saying she thinks having a foreign doctor involved (Gupta) helped her daughter get operated on more quickly. “[Because of] the presence of the foreign doctors, my daughter is alive,” Sumitra Chalise said.

One of the surgeons featured in the CNN report, Bir Hospital neurosurgeon Dr. Rajiv Jha, added that the hospital didn’t ask Gupta to help with the surgery as he and CNN said. Rather, it was the other way around.

Gupta denied that, saying “a hundred percent, they asked me” in a statement CNN gave the Daily Beast. “They asked me to help them, they knew I was a neurosurgeon, they were very busy with six patients, six children, waiting for operations. I fully understood why they would be asking for help. And I was happy to.”

The Nepal surgeon Jha also told Global Press Journal that Gupta “merely observed” the surgery and didn’t really participate, but CNN gave un-aired video that proved otherwise. The Daily Beast noted that CNN gave it a translated version of a Nepalese news story from May that had Jha saying similar comments about Gupta.

CNN told iMediaEthics: “Dr. Jha’s claim is 100% false.  Dr. Gupta was asked to assist in the surgery within an hour of arriving at Bir hospital.  Dr. Jha has made previous statements that were proven false, including that Dr. Gupta had not participated in surgery at all.  CNN provided video to news outlets (Global Press and AP) that showed Dr. Gupta assisting in the surgery.  The hospital also initially claimed to Global Press that the patient in CNN’s video was an adult,  GPJ’s own reporting proved that false.”

iMediaEthics spoke with Global Press Journal‘s publisher Cristi Hegranes who said Jha “faced disciplinary action for letting Dr. Gupta in the operating room” which is why she thinks he gave bad information to the reporter. But, she noted Global Press Journal stated in its story he lied to its reporter. “We take it very seriously,” she said. “We were very transparent with our readers that Jha gave us misinformation.”

Hegranes said the Journal doesn’t typically cover media organizations, although “our model is set up to be inherently critical of foreign journalists.”

When Global Press Journal found out about the issues with Gupta’s Nepal reporting, “we had an obligation to correct the record.”

“My opinion of how CNN handled it…I’m not sure what I was expecting but I found it deeply disappointing,” Hegranes said. “They knew since June 30 that the reporting was wrong and it wasn’t until July 16 that they actually took the videos of Dr. Gupta claiming to perform surgery on Salina off their site.”

Hegranes also complained that CNN didn’t let Global Press Journal interview Gupta when “they provided other media outlets like NPR and the Daily Beast access to him.”

“They never allowed us to ask corrections regarding his timeline and really allow us to understand how this error could have happened,” Hegranes told iMediaEthics. “That’s an opportunity we wish we could have happened” especially since there were many questions Global Press Journal had that have gone unanswered, she said.

Regarding media coverage of the problems with Gupta’s story, Hegranes said

“I thought the coverage of our coverage was pretty timid to be honest. I think that this is a time of extraordinary global consequence and the way that mainstream media covers disasters, has a really extreme impact in these local communities, in terms of where people give money and how people understand the local context and circumstances.”

Next up for Global Press Journal includes launching training in Uganda, a news desk in Haiti and focusing on the DRC and Sri Lanka. The journal has “a lot of big reporting projects going on,” including freedom of information and “global trafficking – everything from ivory to monkeys to plants to humans.”

“This is the work that we’re here to do,” Hegranes said.

Gupta’s Nepal surgery previously drew attention because he was working as both a doctor and a journalist. The Guardian reported May 1 “Gupta is no stranger to carrying out medical procedures in front of the camera. He treated a two-year-old boy on assignment in the Middle East, and examined patients on camera after the 2010 Haiti earthquake.”

The Guardian quoted City University of London’s Science Journalism program director Connie St. Louis asking about the confidentiality and self-promotion issues and pointed to previous coverage of the issues of medical experts/journalists treating people they are covering, such as University of North Carolina medical journalism professor Tom Linden, who argued against covering people who are treated by a journalist not be covered by that journalist.

“I want to make sure I can report objectively after being engaged so directly like this,” he added, but noting that as a doctor he has to act.

iMediaEthics asked CNN if it had certain guidelines established for any medical professionals working for CNN who encounter someone needed treatment.

“There is not a CNN standard that specifically addresses this question,” CNN’s Khairzada said. “But CNN expects that any staffer would help a severely injured person in a crisis situation with whatever expertise they have — whether they are a volunteer fireman or a practicing physician.”

Who was Sanjay Gupta’s Patient after Nepal Earthquake? CNN Corrects