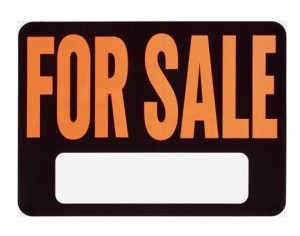 But, as iMediaEthics reported earlier this month, the government of New Zealand actually bought the apartment and its ambassador to the UN is staying at the new condo. We contacted outlets that said the queen bought the place and most of them have already corrected their stories. Below see the corrections:

“UPDATE (07-08-15): Turns out — and not exactly surprisingly — the buyer of the condo in question isn’t the Queen of England but rather the Ministry of Foreign Affairs for the government of New Zealand who bought the swanky spread for the island nation’s Ambassador to the United Nations. Now makes so much more sense, doesn’t it?”

“UPDATE: It turns out Queen Elizabeth isn’t taking up residence in the Big Apple after all.

“According to the Brisbane Times, the buyer of the 18th-floor apartment at 50 United Nations Plaza is actually the government of New Zealand, which intends to use the unit as a living and working space for its top diplomat in New York.

“You can read more about the posh — and now controversial — digs and musing about what the queen might have done with the place below.

“Hat tip to iMediaEthics for helping us set the record straight.

In Style posted this correction:

“UPDATE 7/15/15: Turns out The Queen did not, in fact, purchase this exceptional N.Y.C. escape. The New York Post reports: “The buyer was recorded as ‘Her Majesty the Queen in right of New Zealand,’ but Gerard van Bohemen signed the deal as the new permanent representative to the UN for New Zealand, a former colony that still retains the queen as sovereign.” InStyle regrets the error, and apologizes for the mixup.”

“UPDATE: False alarm. The Royal family did not buy this apartment. It was actually purchased by New Zealand for the country’s UN ambassador.”

No corrections as of yet from Business Insider Australia or Racked. The Real Deal didn’t put a correction on its article, but pointed iMediaEthics to its follow-up story. “We’ve done a follow up story to clarify the situation, since the deed was presented in her name,” the Real Deal’s Claire Moses told iMediaEthics.