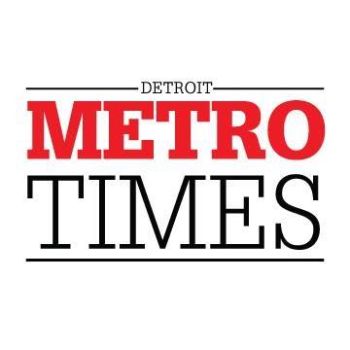 The Detroit Metro Times has updated its style guide and now will capitalize “Black” in its articles.

In a June 5 editor’s note, the Metro Times‘ editor Lee DeVito explained the background behind the change.

“We recently made the decision to update our style guide to capitalize “Black” when referring to African-Americans,” DeVito wrote. “This came after discussions with local writers who preferred to capitalize the word, as well as from reading the works of national writers who advocate for it. Though this usage is common among Black publications and activist circles, it has not yet become embraced by the mainstream.”

The Metro Times quoted assistant professor of journalism Lori L. Tharps and journalist Touré’s writings calling for the term to be capitalized. Tharps’ New York Times op-ed argued: “When speaking of a culture, ethnicity or group of people, the name should be capitalized. Black with a capital B refers to people of the African diaspora. Lowercase black is simply a color.”

iMediaEthics contacted DeVito for more information. In an e-mail to iMediaEthics, he explained:

“Nobody specifically requested the change. As editor, I found myself occasionally deleting the uppercase Bs and replacing them with lowercase to conform to our style. My thinking was that I wouldn’t capitalize “white,” so therefore “black” should not be capitalized either.

“At one point last year, Taylor Aldridge, one of the Black writers I follow on Twitter and previous Metro Times contributor, tweeted “A little piece of me dies everytime a copy editor changes my uppercase “B” in Black to a lower-case ‘b’ in black.” That kind of planted the seed in my head that I should reconsider our style guide.”

Then, while copy editing earlier this year, DeVito came across the issue and researched current practices, he told iMediaEthics. He also contacted writers for their thoughts and decided “it made sense” to capitalize both Black and White. “Of course, there are some trolls in our comments who disagree with the decision to capitalize Black,” he wrote. “But I got a lot of notes of support and appreciation from the Black community, and that made me feel like I made the right decision.”