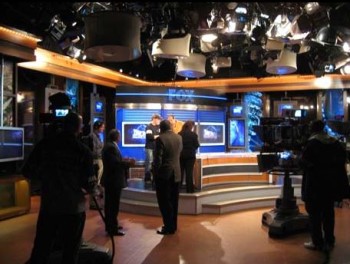 The video, posted on Feb. 3 by Fox News, isn’t accompanied by a story but does carry a warning about the video being graphic. The video title is: “WARNING, EXTREMELY GRAPHIC VIDEO: ISIS burns hostage alive.”  Fox News added that video is “raw.”

Fox News’ executive editor John Moody told the New York Times that Fox News decided to publish the video so viewers could decide if they wanted to see it.  Moody said by publishing the video on its website viewers had “the option to see for themselves the barbarity of ISIS outweighed legitimate concerns about the graphic nature of the video. Online users can choose to view or not view this disturbing content.”

As iMediaEthics wrote Wednesday morning, Fox News aired a still image from the ISIS video last night, with host Bret Baier warning viewers of its graphic nature  and explaining the decision to air the video.

“The reason we are showing you this is to bring you the reality of Islamic terrorism and to label it as such. We feel you need to see it so we will put up one of the images on your screen right now,” Baier said.

In contrast with Fox News’ decision,  the New York Times noted that “Most other news organizations used photos or video clips showing the moments leading up to the execution.”

CNN’s Tony Maddow said “nothing can be gained” by showing the video, CNN reported, noting that it has in other cases shown other still images from ISIS videos.

CNN also said in a separate news story that “CNN is not showing images of the killing.”

Glenn Beck’s The Blaze published images from the video, CNN reported, with Beck said readers need “to wake up” and see the pictures.

“It is time to recognize what you are up against, look it square in the eye and call it by its name, evil,” Beck said, according to CNN.

The Daily Mail, the New York Daily News and the New York Post also used images from the video, the Guardian reported.

The New York Post and Daily News both published an image from the video showing al-Kasasbeh on fire on their websites.

The Daily News warned readers with a note reading “Warning: Graphic Images” in all caps and red lettering above the story and collection of photos.

The Daily News also published its own news video which included several photos from the ISIS video.

Likewise, The Daily Mail published images on its website.