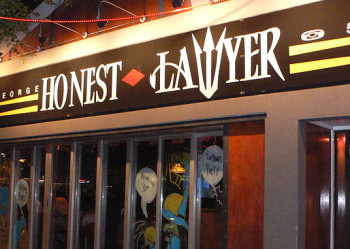 Two lawyers for News International might end up suspended if found to have covered up phone hacking at the company.

“Lawrence Abramson – who worked for the law firm Harbottle & Lewis, which was hired by the newspaper company – and a former in-house lawyer, Jon Chapman, will come before the solicitors’ disciplinary tribunal in October,” according to the Guardian.

Abramson and Chapman both had said there was no proof there was a major criminal problem at News International, but now they’re being “accused of having seen emails in 2007 that proved the widespread use of phone hacking.”

Legal Business magazine reported that as part of Abramson’s investigation into the company, he “reviewed 300 emails” back in 2007.

The tribunal, the Solicitors Disciplinary Tribunal, could suspend the two from law.  The hearing against the pair is scheduled for Oct. 10.

The tribunal told iMediaEthics, “Unfortunately the Tribunal is unable to provide you with any information in connection with the case.  It is however listed for a substantive hearing for 3 days from the 8th October.”

The complaint against the two men was filed with the Solicitors Regulation authority by Parliament member Top Watson a few years ago, according to the Guardian.

The SRA confirmed the hearing to Legal Business:

“A case brought by the SRA against Lawrence Abramson and Jonathan Chapman was listed before the Solicitors Disciplinary Tribunal on 28 July and was adjourned until October. In view of other proceedings the SRA has not made any comment or publication on this matter, including the nature of the allegations which Mr Abramson and Mr Chapman face, and is unlikely to do so given the hearing in October.”