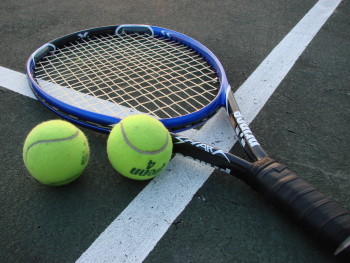 The Wall Street Journal‘s tweet about Wimbledon featuring Venus Williams was out of bounds. The Journal tweeted, “Something’s not white! At Wimbledon, a player failed his pre-match undergarment check.”

The problem is that the photograph accompanying the tweet showed Venus Williams, who is black. The juxtaposition of “something’s not white” and a picture of a black woman upset readers and created a Twitter storm.

The tweet accompanied a July 13 story, “Wimbledon’s undergarment police are out in force,” which reported that Austrian player Jurij Rodionov, an 18-year-old player broke the undergarment rules requiring all white clothing when he “appeared to be wearing a royal blue brief with navy trim.” The Journal story also mentioned Williams, reporting that she “changed her pink bra during a rain delay last week.”

The Journal deleted the tweet and posted a new tweet that reads, “A tweet promoting our story on Wimbledon’s clothing rules was seen by some as insensitive. This wasn’t our intent. We have deleted the tweet.”

To the Journal‘s credit, along with the notice that the tweet was deleted, the newspaper posted a screenshot of the original, offending tweet to inform readers what was wrong.

iMediaEthics has written to the author of the story in question, Matthew Futterman, who directed us to Journal’s PR department. We’ve contacted them to ask how long the tweet was up before being deleted, how the tweet went wrong, and how many readers complained.

A tweet promoting our story on Wimbledon's clothing rules was seen by some as insensitive. This wasn't our intent. We have deleted the tweet pic.twitter.com/3mi57XvhTX