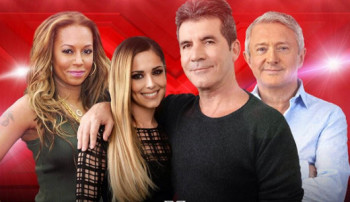 Reveal magazine, a “celebrity and lifestyle weekly” in the UK, invaded the privacy of the husband of UK singer and X Factor TV show judge Cheryl Cole.

Reveal apologized and must pay Cole’s husband, Jean Bernard Fernandez-Versini, “substantial privacy damages” over its report on him.

The amount of the payout wasn’t revealed, but the UK Mail reported that Fernandez-Versini, who owns a restaurant brand, was suing for £100,000.

“The feature, spread across three pages, detailed his childhood, his life in France where he was brought up, and made public information about his father, late mother, their personal finances, relationships and feelings about each other,” Press Gazette reported.

The Reveal feature was published in August, the International Forum for Responsible Media blog says.

Fernandez-Versini married Cole this summer and hasn’t sought publicity, according to the Guardian and Press Gazette.

Callum Galbraith, representative for the couple, called the Reveal report “an unjustifiable and unnecessary intrusion into the claimant’s private and family life.”

He added that “The only reason for it being published at all was the fame and notoriety of the claimant’s wife which is, of course, no justification for a publication that in truth should never have been made.”

Reveal is published by “the National Magazine Company, which is the UK division of the US company, Hearst,” the Guardian reported.

A search of Reveal‘s website for Fernandez-Versini’s name doesn’t produce any apology. However, according to ithe Independent, Reveal’s representatives apologized.

iMediaEthics has written to Fernandez-Versini’s lawyer for comment. We have also reached out to Reveal.

Cole sued Now magazine for libel back in 2012 accusing it of publishing fake information and “misusing private information about her” related to a story about her romantic life, as iMediaEthics wrote.  Now apologized in print and paid her “damages and legal costs,” the Huffington Post reported last year.