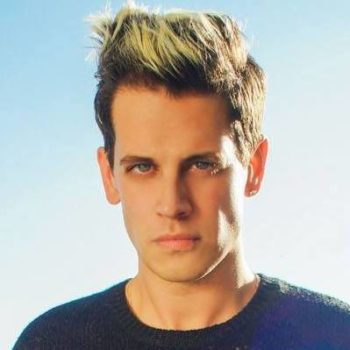 Milo Yiannopoulos, the provocative Breitbart editor, resigned tonight from the conservative news site after video clips were posted online of him making light of pedophilia and sexual abuse.

“We get hung up on this kind of child abuse stuff,” Yiannopoulos said at one point in the video. He claimed young boys can be the “predator” with an older teacher.

He also “credit[ed] a priest for having helped develop his sexual technique,” as the New York Times reported. According to NPR, his comments were made “in live-streamed interviews more than a year ago.”

At the press conference announcing his resignation, Yiannopoulos said he is a child sex abuse victim and that his comments in the videos don’t portray his real thoughts.

He said he is “horrified by pedophilia,” claimed the videos were partially “deceptively edited,” and said he spoke imprecisely and said some things that were wrong.

Yiannopoulos also claimed there is a “cynical media witch hunt” against him.

His full statement at the press conference is posted on Facebook.

iMediaEthics has written to Yiannopoulos to ask how he thinks the videos were deceptively edited.

Yiannopoulos said at his press conference, “I would be wrong to allow my poor choice of words to detract from my colleagues’ important reporting, so today I am resigning from Breitbart, effective immediately. This decision is mine alone.”

iMediaEthics is writing to Breitbart for comment on this claim.

He added that he doesn’t typically apologize but, “I regret the things I said. I don’t think I’ve been as sorry about anything in my whole life.”

In its own story on the resignation, Breitbart quoted from its company statement, which reads:

“Milo notified us this morning of his decision to resign as editor of Breitbart Tech and we accepted his resignation.”

“Yiannopoulos has been a flame-throwing provocateur whose writing has offended women, Muslims, blacks and gay people ever since former Breitbart executive chairman Stephen K. Bannon hired him as a senior editor in 2014,” the Washington Post‘s Paul Farhi reported. Bannon is now chief strategist for President Trump.

After the videos of Yiannopoulos came out, Simon & Schuster canceled the publication of his forthcoming book and the American Conservative Union canceled his speaking appearance at the Conservative Political Action Conference.