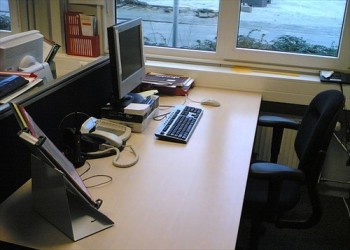 See below our list of the top ten cases where people left their jobs in media. Credit: Flickr, "smemon," screenshot.

Check out a roundup of iMediathics’ top ten ousters from media outlets. iMediaEthics covered all of these media firings and resignations as they happened during the year. Read the summaries below.

In an on-air segment, one of the hosts pretended to be Gleason and asked the others to “smother” him. Station management apologized for the “offensive” segment and suspended the three hosts. Later, that suspension was upgraded to a firing.

For more, see iMediaEthics’ report on the trio’s firing.

Sattler interviewed Australia’s prime minister Julia Gillard and asked if her partner, Tim Mathieson, was gay.  “He must be gay, he’s a hairdresser. It’s not me saying it,” Sattler said.

The station suspended Sattler, later firing him. He also apologized at the station’s request.

3. Forbes freelancer David Monagan quit this summer after making what he called a “whopper” of a mistake — misidentifying the current Irish president Michael D. Higgins as an “acknowledged homosexual.”

Monagan said he was working too quickly on his post and confused Higgins with openly gay, failed Irish presidential candidate David Norris.

4. The Associated Press axed at least three staffers after an inaccurate news report claiming that now-Virginia governor elect Terry McAuliffe lied to federal investigators and was linked to an insurance scam.

The AP report by veteran journalist Bob Lewis was quickly retracted. While McAuliffe was listed as an investor in the insurance scam in question, he wasn’t the person accused of lying, which documents only referred to as “T.M.”

Lewis, his editor Dena Potter, and an editor in Atlanta, Norman Gomlak all were fired over the incident.

See our two reports on their firings.
5. In October, the Toronto Star announced an intern had been busted plagiarizing from a 2010 report by another Star reporter, Daniel Dale.  (Dale is the Star reporter who yesterday dropped his libel lawsuit against Toronto Mayor Rob Ford over his comments to VisionTV’s Conrad Black. More on this here.)

The intern, Marc Ellison, confessed in a blog post to having “knowingly plagiarized” and compared his actions to “professional harikiri.”  Because of the plagiarism, the Star said sayonara to Ellison.

6. The Washington Times ended Rand Paul‘s weekly column in November after the Times discovered plagiarism in one of the Kentucky senator’s September columns.

The Times posted an editor’s note on the article in question, “The devastating collateral damage of an insidious drug-war weapon” and said Paul would not longer write for the newspaper.

The New York Times had reported previously based on anonymous Bloomberg News sources that the organization was self-censoring news reports. Bloomberg News denied the reports.

The New York Post later reported he had been put on unpaid leave after being linked to the Times report as one of the anonymous sources.
8. Actor Alec Baldwin and MSNBC announced a “mutual parting” in late November, after a suspension related to his anti-gay slur toward a New York Post photographer.

The photographer was taking pictures of Baldwin and his family and Baldwin called him a “c**ks**king f*g” according to a TMZ transcript of the recorded comments. (Baldwin claims he say c**ks**king fathead.)

Bashir had called Palin a “resident dunce” and “world-class idiot” in a mid-November segment on Palin’s comments comparing the U.S. debt to slavery.  He went on to describe a slave owner who would punish slaves by having other slaves defecate and urinate in their mouths, and then suggest Palin should receive the same treatment.

Bashir apologized days after his comments but ultimately left MSNBC over his comments.
10. Howard Kurtz left The Daily Beast and CNN this year.  In May, Daily Beast editor-in-chief Tina Brown tweeted that Kurtz “parted” from the Daily Beast, just a day after Kurtz apologized for a huge error in his report on Washington Wizard pro basketball player Jason Collins’ Sports Illustrated cover story coming out as gay.

Kurtz accused Collins of hiding that he had been engaged to a woman. But Kurtz was wrong because Collins mentioned in his article, “When I was younger I dated women. I even got engaged.” While Kurtz defended his story as a whole, telling BuzzFeed “I don’t think my analysis was out of bound,” the Daily Beast retracted Kurtz’s blogpost.

The next month, Kurtz announced he was also leaving CNN where he hosted media criticism program Reliable Sources for a new show on Fox News.