Why 1,100+ People are Upset with the Mail Online's Grenfell Tower Fire Story - iMediaEthics

Why 1,100+ People are Upset with the Mail Online’s Grenfell Tower Fire Story 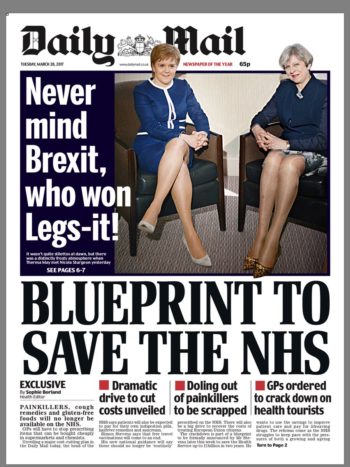 Readers are outraged at one of the UK Mail Online’s news stories about the Grenfell Tower fire that killed at least thirty people. Why? Because the article seemingly blamed one resident for the fire.

IPSO has received around 1,100 complaints over the Mail Online’s article, but expects more, an IPSO spokesperson confirmed with iMediaEthics. “The overwhelming majority of people have complained under Clauses 2 (Privacy), 3 (Harassment) and 4 (Intrusion into grief and shock),” the spokesperson told iMediaEthics.

The story focuses on Behailu Kebede, a taxi driver from Ethiopia, who lived in the tower and warned neighbors about the fire. The article’s first sentence states, “This is the mini-cab driver whose faulty fridge is alleged to have started the Grenfell Tower inferno.”

The June 15 article includes numerous photos of Kebede and reports that he warned his neighbor about the fire in his kitchen. The article is currently headlined, “The man ‘whose faulty fridge started tower inferno’: Neighbour reveals how Ethiopian taxi driver raised the alarm when deadly blaze started in his fourth-floor kitchen.”

The Mail interviewed Kebede’s friend Eshete Meried and stated it spoke with Kebede briefly at emergency housing for victims, but he didn’t want to discuss the fire. iMediaEthics was unable to find Kebede’s Facebook page to ask him if he has complained over the article. The Mail and other news outlets obtained the photos of him they published from his Facebook page but it is likely he deactivated his Facebook account after the news attention. We attempted to contact his friend Meried, who was quoted in the Mail, but Meried’s page isn’t accepting message requests.

delete this article. This is utterly disgusting. We aren't lapping up your bullshit anyway.

The bastards who were in charge of the building need to be ashamed, not him. he didn't make the fire spread so damn fast for a start

did they have to name the person? and his nationality just dangerous stuff from this poor media outlet

Don't villainise one man when there's a whole host of documented failings beyond the tenants' control. You're in the pits of journalism.

Jeez is there any need to publicly name and shame the poor guy? Like he knew his fridge was gonna burn down a whole building!

On the Mail’s website, commenters pointed out the fire was not Kedebe’s fault, and that safety standards and an appliance were responsible.  Commenters’ responses included:

Poor bloke is going to have to live with the guilt for the rest of his life & they decide to plaster his face over the internet. Inhumane.

iMediaEthics hasn’t heard back from the Mail, but a spokesperson for the newspaper claimed to the Guardian that its article “attached no blame whatsoever to the occupant of that flat and in fact details how he raised the alarm and alerted his neighbours personally.” The spokesperson added that the Mail thinks the”blame for this tragedy lies squarely with those responsible for managing and renovating the tower and the authorities in charge of the policies and safety regulations.”

The UK press regulator IPSO regulates approximately 2,500 UK newspaper and magazines, and can investigate and require member publications to publish corrections or rulings. Anyone can complain to IPSO about any member publication possibly breaking IPSO’s Editors’ Code of Practice within four months.  To submit a complaint about any IPSO member, go here to the IPSO website. Other press regulators and councils operate under their own rules.

Why 1,100+ People are Upset with the Mail Online’s Grenfell Tower Fire Story