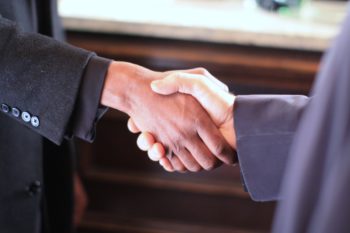 “The settlements all involve undisclosed damages, costs and an apology,” the BBC reported. According to the Guardian, Trinity Mirror’s lawyer Chloe Strong apologized to each and admitted “information should never have been obtained in the manner it was.”

According to the Guardian, the Mirror Group’s journalists and private detectives hacked Nigel Havers between 2000 and 2004 while he was taking care of and mourning his dying wife.

“This was a horrific and traumatic time for Mr Havers, during which all sorts of sensitive and private information would have been accessible through his voicemails and those of individuals who were close to him, including his details of his late wife’s medical condition and treatment, as well as his own welfare and emotional state at the time,” his lawyer David Sherborne said, the Guardian reported.

Rhys Ifans’ lawyer explained the impact of the hacking, which cost him “a number of close friends as a result of the distrust created by the defendant’s activities.”

iMediaEthics has written to Trinity Mirror for comment on the settlement.

Last summer, the Mirror Group settled three lawsuits over phone hacking and in February, published a print and online apology admitting some staff used hacking to obtain stories. “Such behaviour has long since been banished from Trinity Mirror’s business and we are committed to ensuring it will not happen again,” the apology said in part.