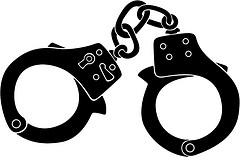 The UK police arrested four journalists and a police officer on January 28 as part of an investigation into “police corruption” called Operation Elveden, the Guardian reported.

As we have written, the UK police are running three investigations involving the UK Press: Operation Weeting to look into phone hacking, Operation Tuleta into e-mail hacking and Operation Elveden into police bribery.

According to the Guardian, the police aren’t looking into voicemail hacking claims, but bribery of the police; the four were arrested following a tip “to the police  by News Corporation’s internal investigations unit, the Management and Standards Committee.”  The Guardian identified the arrested journalists:

The New York Times noted that the police also “searched the offices” of the UK Sun and the four men’s homes.

According to the New York Times, the police officer who was arrested,”a 29-year-old man serving in the territorial policing command of the Metropolitan Police,” is  the “second serving officer to be arrested as part of the investigation.”

News Corp. confirmed the four arrests and that the arrested men’s offices and homes have been searched.   News Corp’s full statement on the arrests is published here.

Today, a U.K. Court of Appeal “ruled that private investigator Glenn Mulcaire must reveal who ordered him to hack phones,” according to the Associated Press. Mulcaire identified the staff members in question in a July letter to comedian Steve Coogan, who is suing the News of the World.  However, the letter was made confidential.

Mulcaire’s attorney noted that Mulcaire “could refuse under laws that prevent self-incrimination.” Mulcaire was arrested and jailed in 2007 for hacking phones for the News of the World.