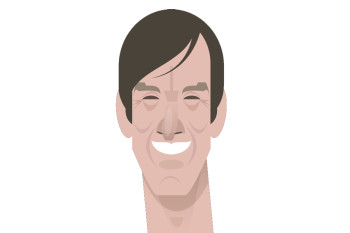 This weekend, entertainment news site Deadline was duped by satirist Andy Borowitz’s New Yorker blogpost joking that after Sean Penn’s interview with El Chapo, ISIS leader Abu Bakr al-Baghdadi hit the brakes on his own meeting with the actor.

1. In 2008, the Boston Herald fell for Borowitz’s story, “Cheney Challenges Hillary to Hunting Contest.” At the time, Borowitz was  writing for The Huffington Post.  The Herald published a correction that read: “An article in today’s Herald regarding comments purportedly made by Vice President Dick Cheney was inaccurate and should have noted that it was based on a blogger’s satire and was not provided by the Associated Press.”

3. In the summer of 2013, Italian magazine Panorama, which is owned by former Italian prime minister Silvio Berlusconi, fell for a Borowitz story about its owner.  Borowitz claimed that Berlusconi was planning to run for political office in New York City, even though he had just been banned permanently from public office.

5. Last on this list is of course this week’s Deadline story, which fell for Borowitz’s blogpost making light of Sean Penn’s interview for Rolling Stone with Mexican drug kingpin El Chapo, which was published shortly after El Chapo was re-captured. Borowitz joked that ISIS’s leader canceled a meeting scheduled with Penn. Deadline quickly published a retraction and apologized to Penn.