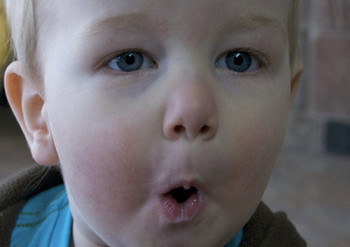 This baby is just shocked at these names (not really he hopefully has never heard any of them) (Photo Credit: Shocked Face by Chris Enns on Flickr)

iMediaEthics has compiled a list of names that journalists should question if ever given to them by a source. The names were invented by the author, remembered from movies and childhood, and found around the Internet.

A good rule of thumb is to say the name out loud and see if it sounds like something naughty, vulgar or irreverent to a twelve year old. And, as with all things in journalism, verify the information before going with it.

Be forewarned. Some people may actually have these names. It is up to you to fact check. This is by no means a complete list; there are many others out there.

Do you have any others good ones? Can’t figure out what the name sounds like? Let us know.