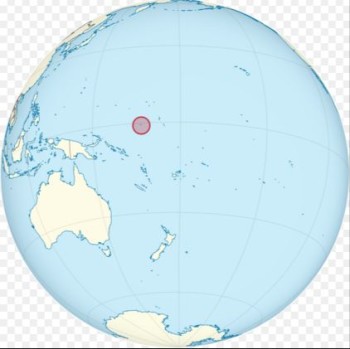 The story of a 5-year-old boy being raped on Micronesian island Nauru has been corrected, Australian media news site Crikey reported. That false claim originated in an Australian Broadcasting Corp. report about alleged sexual assaults at Australian detention centers for asylum seekers on the island.

“The ABC’s embarrassing back-down yesterday on claims that a five-year-old had been raped on Nauru came about because an online report drawing from an item on 7.30 mixed up quotes about different children,” Crikey explained.

The ABC admitted that the confused comments about two different children may have been due to its source, pediatrician Dr. Karen Zwi. “Our source, the treating doctor told our reporters about two cases. One was an older child. The doctor stands by her statement that this child was allegedly raped on Nauru,” the ABC said in an apology on its website.

An ABC spokesperson confirmed to iMediaEthics by e-mail its reporter mixed up the facts from Zwi’s interview and noted that in addition to the online editor’s note, ABC aired a correction about the error during two broadcasts.

“She also told our reporters about another of her patients, a five-year-old who was allegedly sexually assaulted on Nauru. Our story incorrectly used quotes about the older child in referring to the younger child,” the ABC said, adding that, “In addition, on at least one occasion the incident was referred to as a rape instead of an alleged rape. ABC News apologises for the errors and confusion.”

The ABC story now carries an editor’s note about the error that reads:

“Editor’s note (8/2/2016): An earlier version of this story referred to the alleged rape of a five-year-old boy and quoted comments by Dr Zwi in relation to that boy. The allegation of rape and Dr Zwi’s quotes referred to an older boy – not the five-year-old. Dr Zwi stands by her allegation that the younger boy was sexually assaulted.”