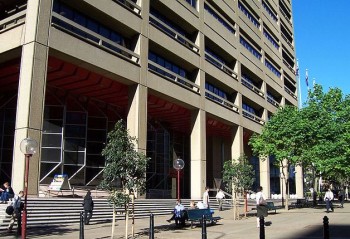 Australian Broadcasting Corp. apologized to News Corp. journalist Chris Kenny for airing a doctored photo calling him a “dogf**ker,” but Kenny is still pursuing his libel lawsuit against ABC, The Guardian reported.

Kenny said that the ABC apology hasn’t been put on air and came only from the ABC’s managing director Mark Scott so it isn’t enough.

Scott said to Kenny, according to The Guardian, that “the ABC should not have put the skit to air.”

As iMediaEthics has previously reported, ABC’s late-night entertainment program The Hamster Decides broadcast a doctored photo of Kenny having sex with a dog. Kenny had been publicly critical of ABC. Kenny told iMediaEthics in March that he wanted an “apology, costs and damages” from the ABC and that he had earlier just sought an apology. The ABC argued that the doctored photo was satirical.

On May 22, the ABC sent a letter to Kenny’s lawyer with a “Settlement proposal.” The letter said it was “confident” that Kenny wouldn’t win the case. The ABC went on to say that it would pay “all reasonable costs and disbursements” at that point and read an apology in court if Kenny drops the case. The letter also pointed to Kenny’s public comments about how he just wanted an apology.

The letter was released by the ABC to the media, according to The Australian.

Kenny said that the ABC was trying to bully him and has failed to properly apologize.

“After forcing me to incur considerable costs over more than seven months, Mark Scott eventually issued an apology that was immediately repudiated by the producers of the program,” he told The Australian. (An ABC The Hamster Decides producer Julian Morrow tweeted in response to the apology that “we respectfully disagree with the ABC Managing Director’s decision and statement today,” according to News.Com.Au.)

Kenny continued, “No apology has yet been broadcast on the ABC and none received from the producers of the program. And despite Mr Scott saying he was sorry for the distress caused to me and my family by the program and the delay in the apology, the best the ABC can do is try to bully me by circulating a letter to journalists before I was even aware of it.

“People might expect better of a government authority. My lawyers are proceeding with the case,” Kenny added.

Media website Crikey reported that its anonymous “numerous sources” said Kenny would like a “close-to-six-figure” payout from the ABC.

Besides the actual defamation case, Kenny is appealing an earlier court ruling that “struck out one of Kenny’s arguments that a reasonable viewer would have thought he actually had sex with a dog,” the Sydney Morning Herald reported.

iMediaEthics has written to Kenny. The ABC told iMediaEthics “We won’t say anything more at this stage given it is still a legal issue.”