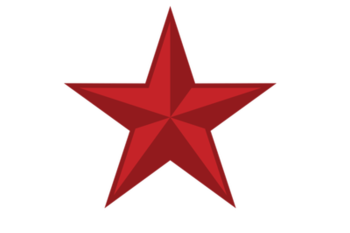 In the nearly two weeks since SB Nation unpublished a sympathetic story on Daniel Holtzclaw, a former Oklahoma City police officer and football player found guilty of rape, the sports news site has made a few noteworthy changes. These include cutting ties with the reporter and the editor who worked on the much maligned article and putting a hold on all longform articles.

SB Nation fired Glenn Stout, the editor on the now-unpublished story about Holtzclaw, the Washington Post reported. Stout wrote on his blog, “I am no longer editor or connected to the site or company in any capacity” after working as SB Nation’s longform editor “since its inception in September of 2012 thru February 2016.” Stout told iMediaEthics he had no further comment.

Jeff Arnold, the freelance reporter who wrote the Holtzclaw article, also has been cut from SB Nation, the Washington Post reported. Arnold apologized for the story in a statement on TwitLonger, where he said four editors worked on his piece before publication, and called it a “grave mistake” to not feature Holtzclaw’s victims.

Arnold wrote in part about his intentions for the article, which he acknowledged had “major shortcomings”:

“I hoped to present a more fully-rounded portrait of Mr. Holtzclaw than had appeared in the press. I hoped to explore the question of what had happened to this once-promising young man. I and my editor at SB Nation hoped to find possible answers as to what could have led him to become a convicted rapist and sexual predator.”

In a memo published on Deadspin, SB Nation’s Kevin Lockland said SB Nation was “launching an internal peer review on the process and sequence of events that led up to our publication of this story as well as systemic and organizational factors ranging from how our team is resourced to our efforts to build a more diverse and inclusive culture.”

Lockland added that SB Nation’s longform program is on “temporary hiatus” until the review is over, when SB Nation will then make any needed changes.

Sports news site Deadspin reviewed “How SB Nation published their Daniel Holtzclaw story” in a Feb. 26 article that concluded “the failure here was in part a function of structural problems at SB Nation” and partially the editor’s fault.

iMediaEthics has written to Lockland at SB Nation for comment.