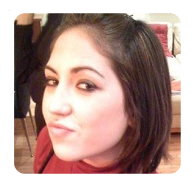 NYU junior Alana Taylor spurred a national ethics debate when she criticized one of her courses at the university.

Alana Taylor expected to be get an education at NYU – instead, she’s now helping give one to students across the country. The NYU junior sparked a nation-wide ethics and reporting debate when she wrote a feature about her “Reporting Gen Y” class. According to mashable.com, journalism professors across the country are now using her experience, and the ensuing debate, as material for their spring syllabi.

In September, Taylor wrote a feature for PBS’s MediaShift blog that was critical of her professor’s (and fellow students’) lack of participation in new media – blogs, podcasts and the like. Shortly after the feature was posted, Taylor’s professor, Mary Quigley, banned any unauthorized blogging of the class. The article and Quigley’s response spurred a huge debate. Some, such as PBS ombudsman Michael Getler, questioned the ethics of her reporting methods – she did not disclose to her professor that she was writing for a nationally-read blog, or ask for any professor or student comment for the feature. Many believe the blog entry should have been presented as an opinion piece rather than a feature.

So why rehash a story from September? Mashable.com points out that as the debate waged on, none of the “professionals” bothered to contact Taylor or ask her to explain. They quoted the “experts” – lawyers, professors, ethics watchdogs – but not Taylor. This just screams hypocritical.

Mashable.com’s Mark Hopkins spoke with Taylor about what went down since the article went global: “I commented to her how silly I thought it was to create a policy in today’s society that said “you can’t blog about this class.” To me, that’s tantamount to censorship, something that the professor has no right to do. …She concurred, despite the fact it was her intention to simply show the power of New Media. “A lot of the points I made in my article that were actually re-enforced through all the blogosphere buzz,” she said. “My point was precisely that blogging is powerful and social media should be used for what it is – the newest platform of communication. It should be taught to the kids who will have to use it in the next ten years.”

As Hopkins goes on to say, Taylor proved her point. She got her story out there, the public reacted and she is earning praise throughout the blogosphere. Maybe traditional journalists aren’t happy with her reporting methods, but, then again, maybe they should reconsider their own failure to contact Taylor for their stories before they judge another’s methods.