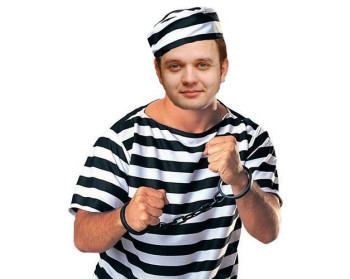 Andy Coulson has not been attacked while serving his sentence for phone hacking, his former News of the World employee and cell mater Neville Thurlbeck reported on his website Aug. 11.

Thurlbeck was recently released from prison after just 37 days.

“Despite being left in a ‘Category A’ prison, Andy Coulson is in good spirits and is getting on well with his fellow inmates. Reports that he has been attacked are totally untrue. We have been in each others’ company for between 22 to 24 hours per day and I have witnessed nothing other than the hand of friendship to both of us. We would like to put the record straight on this.”

“Andy Coulson has reportedly suffered another attack inside Belmarsh prison, where he is ‘very unpopular’ with inmates.

“David Cameron’s former director of communications was pushed down a flight of stairs at the category A jail by a fellow convict.

“It happened as Coulson was making his way to get some food on the wing where he has been held since being jailed for hacking offences earlier this month.”

The International Business Times also quoted an anonymous source describing the stairs Coulson was allegedly pushed down: “They are metal stairs, so it can be painful. It’s coming to him from all angles. He’s not popular at all and there apparently others waiting for him if he gets transferred to a different prison.”

The IB Times added that Coulson’s lawyers and the Ministry of Justice said there wasn’t any attack.

A spokesperson for the legal firm representing Coulson told iMediaEthics it had no comment.

Likewise, both Piers Morgan and Neil Wallis tweeted that the story was fake.

Various ridiculous reports claiming Andy Coulson’s been assaulted in prison. All lies. Been treated very well by other inmates.

For the record, it’s utterly untrue that Andy Coulson has been attacked in prison – at any time. Reports of two incidents are total fiction.

UK media site The Drum reported that the IB Times reporter Dominic Gover told them “he could not comment on the story for legal reasons.”

iMediaEthics has written to the IB Times for comment.

UPDATE: 8/16/2014 8:03 PM EST iMediaEthics has heard back from the International Business Times.

iMediaEthics had asked the IB Times if it planned to correct its story claiming Andy Coulson was attacked in prison given that Coulson, Coulson’s cell mate, Piers Morgan, Neil Wallis and the Ministry of Justice denied any attack occurred.

We were puzzled by Kossoff’s response to these denials: “Your approach seems defined by a specific agenda; What makes you think we have run a “false story” which we should “correct” or for which we should ‘apologise’?”

He also wrote: “we would only add that we stand by our story and, of course, IBTimes UK always checks its facts. You would not expect us to reveal our sources.”

iMediaEthics has re-sent our questions to Kossoff asking if it will correct given the numerous denials.

We listed the main reasons that make us ask: Who do you believe, International Business Times’ anonymous source (who the IB Times didn’t identify in any way so readers have no description or explanation of why the source was granted anonymity or if the source even has any way of knowing anything about Coulson’s time in prison), or the key sources below?

1) Coulson’s cell-mate, Neville Thurlbeck, said the story was false. http://www.nevillethurlbeck.com/2014/08/oxford-union-debate.html ”  He said, “We have been in each others’ company for between 22 to 24 hours per day and I have witnessed nothing other than the hand of friendship to both of us. We would like to put the record straight on this.”

2) The UK Ministry of Justice had no evidence of any attack.

3) Coulson colleagues Piers Morgan and Neil Wallis, both claim that any attack happened.

4) The coup de grace: Coulson himself, through his lawyers, said there was no attack, a fact IB Times had the gall to include in its story about how he WAS attacked.