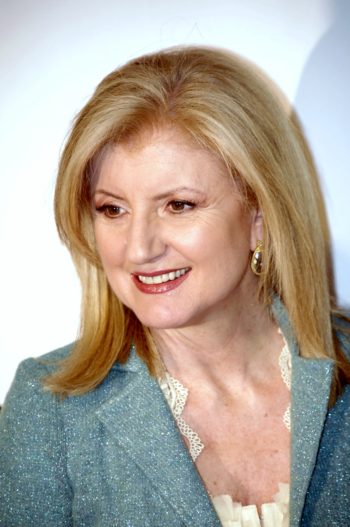 Arianna Huffington is resigning as editor-in-chief of the Huffington Post, she announced today.

Earlier this year, Huffington made things tougher on staff when she joined the board of directors for transportation app Uber. As a result, Huffington Post writers had to tack on a disclosure to any stories related to Uber or any of its competitors. iMediaEthics has asked Huffington Post if it will continue to include this disclosure in the post-Huffington era.

AOL CEO Tim Armstrong said in a memo, published by the Huffington Post, that “We have formed an interim editorial committee (Ryan Grim, Liz Heron, Katie Nelson, Kate Palmer, and Whitney Snyder) that will be stepping in to fill Arianna’s role and they will be involved in an ongoing search for a new Editor-in-Chief of The Huffington Post.”

Huffington is leaving now to focus on her startup, Thrive Global, which is devoted to health and wellness. Huffington announced that startup in June.

“I am launching a new startup to focus on the messages in Thrive and The Sleep Revolution, but it is not a media venture,” Huffington said in a June memo published by CNBC. “The goal will be to provide workshops, e-courses and certification programs to companies around the world. The workshops will be tailored for businesses to drive organizational success, built on the latest scientific findings which prove that the health and well-being of employees and the health of the bottom line are strongly connected.”

I thought HuffPost would be my last act. But I’ve decided to step down as HuffPost’s editor-in-chief to run my new venture, Thrive Global.

Thrive Global's mission is to change the way we work & live by ending the collective delusion that burnout is a necessary price for success.