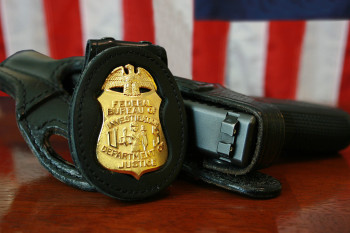 The Associated Press announced this week that it is suing the U.S. Department of Justice. The lawsuit is “over the FBI’s failure to provide public records related to the creation of a fake news story used to plant surveillance software on a suspect’s computer,” the AP reported.

Why? The FBI pretended to be affiliated with the AP, created a fake AP article and tricked a teenager as part of a sting. This happened back in 2007. The FBI’s undercover officer pretended to be an AP reporter who promised anonymity to a suspect.  The FBI’s James Comey told the New York Times in a November 2014 letter that “no actual story was published, and no one except the suspect interacted with the undercover ‘A.P.’ employee or saw the fake draft story,” Comey wrote, as iMediaEthics reported at the time. “Only the suspect was fooled, and it led to his arrest and the end of a frightening period for a high school.”

The lawsuit is posted here on the website for the Reporters’ Committee for Freedom of the Press, which is, along with the AP, suing the Department of Justice and the FBI.

The Associated Press immediately complained last year when it learned the FBI posed as the AP. “The FBI both misappropriated the trusted name of The Associated Press and created a situation where our credibility could have been undermined on a large scale,” AP General Counsel Karen Kaiser complained to the attorney general. The AP also said it wanted “assurances that this won’t happen again,” president of the AP, Gary Pruitt said, arguing that AP staff could be at risk.

The AP filed a records request to find out “how many times since 2000 the FBI has impersonated media organizations to deliver malicious software,” but the FBI said it “might take nearly two years” to provide that information, the AP reported.