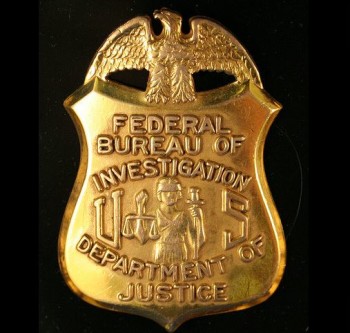 The Associated Press has slammed the FBI for allowing one of its agents to impersonate an AP journalist with a fake news story to catch a criminal.

Earlier this month, the undercover operation, which happened back in 2007, was revealed.

In late October, the Seattle Times reported that “the FBI in Seattle created a fake news story on a bogus Seattle Times web page to plant software in the computer of a suspect in a series of bomb threats.”  The fake reporter for the article posed as AP staff.

The FBI’s director James Comey defended the fakery as “proper and appropriate.”  In a Nov. 5 letter to the New York Times, Comey explained that the FBI had an undercover officer contact a suspect who he told would be an anonymous source and ask him to review a dummy story. He defended the practice, adding:

“No actual story was published, and no one except the suspect interacted with the undercover ‘A.P.’ employee or saw the fake draft story. Only the suspect was fooled, and it led to his arrest and the end of a frightening period for a high school.”

This week, the Associated Press sent a letter to the U.S. attorney general and FBI director Comey complaining, a Nov. 10 AP story reports.

Beyond the fakery, the AP pointed out that the ruse could raise issues for AP journalists who could be suspected of cooperating with the government.

“In stealing our identity, the FBI tarnishes that reputation, belittles the value of the free press rights enshrined in our Constitution and endangers AP journalists and other newsgatherers around the world,” he wrote. “This deception corrodes the most fundamental tenet of a free press — our independence from government control and corollary responsibility to hold government accountable.”

Further, the AP said that it wants to know any other times the FBI fakes an affiliation with the wire service and that it wanted the FBI to promise to never do it again.

“The FBI both misappropriated the trusted name of The Associated Press and created a situation where our credibility could have been undermined on a large scale,” AP General Counsel Karen Kaiser wrote. “The FBI may have intended this false story as a trap for only one person. However, the individual could easily have reposted this story to social networks, distributing to thousands of people, under our name, what was essentially a piece of government disinformation.”

“We are outraged that the FBI, with the apparent assistance of the U.S. Attorney’s Office, misappropriated the name of The Seattle Times to secretly install spyware on the computer of a crime suspect”

She went on that the FBI “traded on our reputation and put it at peril.”

In addition, the Reporters Committee for Freedom of the Press sent a Nov. 6 letter to Comey and U.S. Attorney General Eric Holder complaining about the FBI posing as an AP reporter.

The letter was signed by news outlets and news organizations including McClatchy, the New York Times Company, the Washington Post and the American Society of News Editors.