Were an infant's disabilities after abuse news or invasion of privacy? - iMediaEthics

Were an infant’s disabilities after abuse news or invasion of privacy? 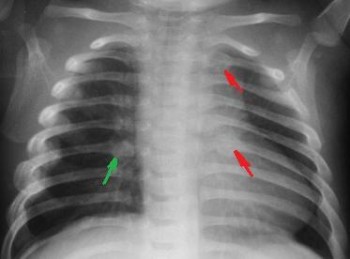 Was it invasive for the Grimsby Telegraph, a local UK newspaper near Lincolnshire, to report on the disabilities of an infant?

The infant boy’s grandmother, who is also the boy’s legal guardian, complained to print regulator the Independent Press Standards Organization over the Grimsby Telegraph‘s June 23 and 24 articles on the boy and his disabilities after being abused by his father. She also was upset that the report identified where her grandchildren live.

The boy’s father was sentenced to 12 years in jail for “inflicting grievous bodily harm on his 10-week-old son, leaving him severely disabled and dependent on 24-hour care,” according to IPSO.

The article reported on the child’s “physical and cognitive difficulties” stemming from the injuries as well as the prison sentences ordered for both of his parents.

The grandmother complained the article was invasive and insensitive by reporting the injuries and disabilities the boy suffered and making him identifiable. The grandmother also argued the story wasn’t in the public interest.

“The complainant said no public interest was served by reporting intimate, sensitive details about her grandson, and certainly no “exceptional” public interest as required in the case of a child,” according to IPSO.

The newspaper defended its reporting as being in line with the judge’s reporting guidelines and that the child’s mother didn’t say in court that she didn’t want the “details of the case being reported.”

While IPSO acknowledged it had “a great deal of sympathy for the complainant and understood [the grandmother’s] concern to protect both of her grandchildren from unwanted attention, they ruled that the Grimsby Telegraph‘s story didn’t break any IPSO standards because the report was in the public interest, followed reporting restrictions and didn’t included any “pejorative, prejudicial or irrelevant reference to the child’s physical illness or disability.” IPSO also pointed out that the information in its story all came from an open court.

iMediaEthics is writing to the Grimsby Telegraph for further comment.

Were an infant’s disabilities after abuse news or invasion of privacy?