AU Sunday Telegraph pays Politician for mistakenly publishing fake nude photos they said depicted her at age 19 ...and costing her the election 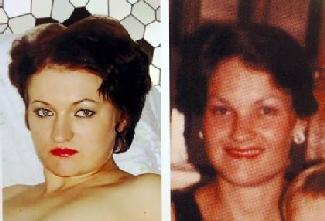 NUDE PHOTOS WEREN'T OF PAULINE HANSON: Earlier in the year, Hanson lost an election after nude photos were captioned as depicting the candidate at age 19 and published by an Australian newspaper, the Sunday Telegraph. WAToday.com.au reports that "Dr Meiya Sutisno at the University of Technology Sydney" did a scientific analysis and concludes "the nude photographs are not Pauline Hanson." Photo: Edwina Pickles

WAToday.com.au announced that the Australian Sunday Telegraph paid a “undisclosed settlement” and published a page two apology for libeling politician Pauline Hanson. The wrongly attributed nude photos were said to be depicting the candidate at age 19. The Telegraph published the scandalous images right before an election –which she ended up losing.

See Stinkyjournalim’s earlier coverage in March 2009–“Woman Victimized by Fauxtography: Queensland politician loses election after Australian Newspaper prints hoax photos.”  According to the Courier Mail in the Australian, experts hired by the Daily Mail said the nude photos were not of Hanson . The Courier Mail reports: “Prof Henneberg calculated a 0.8 per cent mathematical probability that two random people would have such an array of closely matching characteristics, including body build, eye colour, face shape, relatively high position of mouth, narrow upper lip, and wide, straight nose.”

WAToday reports that the Telegraph admitted, “We have learnt a valuable lesson” while “acknowledging that she (Hanson) was not the subject ” of the nude images they published.

WatToday also said “The Sunday Telegraph editor, Neil Breen, defended the story at first, telling the Herald his staff spent ‘all day Saturday checking, making sure the photos were not doctored.’ They weren’t either. They just weren’t of Hanson.”

This case is good example of how the wrong caption can create a fake photo without ever touching Photoshop. It is also a good example of how image destroying photos can easily be deployed during campaigns and directly impact elections–all with the active participation of the news media. imediaethics hopes all media outlets learn a “valuable lesson” from the Sunday Telegraph’s debacle.

UPDATE 05/20/09: “cost” was replaced with “hurt her election bid’ in the headline after commenter below suggested her bid in 2009 was not as strong as previous elections, when her losses were close. It should be noted that Hanson herself claimed she lost because of the photos and she was, in the end, paid damages. The Times Online, March 22, 2009, headline was “Pauline Hanson loses re-election bid as paper apologies over nude photos .”

Finally February 5, 2009, ABC News in AU reports: “State Parliament’s lone One Nation MP Rosa Lee Long says Ms Hanson could win. ‘ I think she has got as good a chance as anybody else and with the abysmal state of the state and the country, why wouldn’t people give her a go,’ she said. ‘She can do as good a job – if not better – than any of our parliaments at the moment.’ Ms Lee Long says Ms Hanson may produce an upset.” The nude photos had a large negative effect based on a personal attack– instead of issues–which is a clear disservice to the public and Ms. Hanson, no matter what her politics may be.