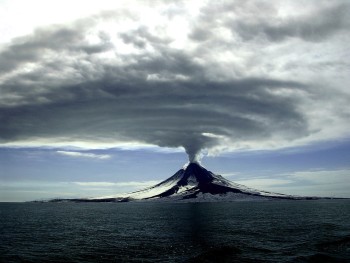 Airing a composite image of two different Chilean volcanoes without telling viewers was a “serious breach of the Editorial Guidelines,” the BBC’s Editorial Standards Committee ruled this week. The ruling, however, comes nearly four months after the breach occurred.

The image in question, featured in BBC’s program Patagonia: Earth’s Secret Paradise, was seen by a large audience, the BBC noted. On Facebook, a video clip showing the image was watched more than 8 million times in half a day.

This week, the BBC’s Editorial Standards Committee issued its report on the matter, noting that the BBC Executive flagged the issue for review. “The breach was the regrettable result of an individual error of editorial judgment,” the committee’s report found. The Editorial Standards Committee is “the final arbiter on editorial appeals to the Trust,” its website explains. The BBC Trust is “the governing body of the BBC.”

As iMediaEthics previously reported, the BBC admitted last October that it used a composite image of the two volcanoes taken over four years. The BBC said at the time:

“In order to show viewers the extraordinary spectacle of a dirty thunderstorm with lightning flashes that would be impossible to capture in a single camera, a composite image was put together from footage from two Patagonian volcanoes. However, we recognise that this should have been made clear and so have published a blog post to explain the techniques used.”

Moving forward, the BBC must now make sure staff are trained “before they were allowed to join their production teams.” The BBC said it also “reviewed past programming to ensure, as far as they could, that all Natural History Unit output complied with the highest editorial standards.”

In this case, the program’s executive producer didn’t know the images were composites, but did know time-lapse photography was used, according to the report.

The Natural History unit of BBC previously “set out the high editorial production standards,” but the staffer who put together the composite image “had not undertaken the training course — either because filming schedules had prevented it or because the individual had been booked onto a course that had been canceled.”  The staffer didn’t know he was supposed to use an image “specifically associated with a particular eruption,” the report said.

The BBC noted the composite image was not disclosed to viewers which could trick readers. The script showed that “the use of the singular ‘volcano,’ combined with the seamless footage of the sequence gave the impression of a single event,” the BBC report said.

When asked for comment about the BBC report, the BBC simply told iMediaEthics by e-mail “we note the Trust’s findings.” 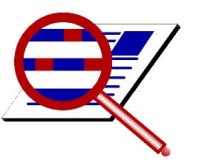