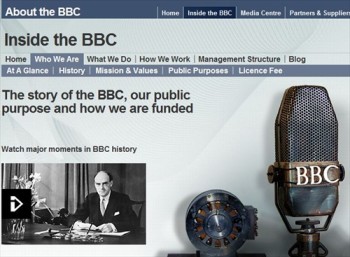 Horrocks’ e-mail to “the 2,400 staff working in the BBC’s Global News department, including the BBC World Service,” was leaked to The Independent.

Horrocks also called on staff to “exploit new commercial opportunities [and] maximise the value we create with our journalism,” according to The Independent and noted that “these objectives” are for “editorial and non-editorial, as no matter where you work, you can help meet these objectives.”

Horrocks also wrote: “Let us know if you have any ideas on how we can strengthen our commercial focus and grow income.”

See the e-mail, which lists “impact,” “income,” “innovation” and “integration” as the “four key” goals, here.

The National Union of Journalists’ general secretary Michelle Stanistreet criticized Horrocks’ request, which she told The Independent is “a shocking development and threatens the ethos at the heart of public service broadcasting.”  She added, “The BBC is funded by the licence fee and should not be guided by commercial imperatives – the new staff appraisal plans are outrageous and should be dropped immediately.”  Likewise, John Tusa, a “former head of the BBC World Service,”  questioned the e-mail, telling The Independent “I can’t think of any other head of the World Service who would have used vocabulary like that to tell his broadcasters and journalists what to do.”

Tusa also is quoted as saying, “The notion that as a journalist you are having to think about how you can sell or turn your output into money is just so wide of the mark.”

In response, the BBC issued a statement defending its “public-service mission to provide impartial and independent news…over wider commercial goals.”

Further, The Telegraph reported that a BBC spokesperson said “It is not true that the BBC’s international journalists are being ‘ordered to make money’.”

We have written to the BBC asking how Horrocks’ e-mail doesn’t ask journalists to think of ways to make money and will update with any response.

The Independent noted that UK broadcast regulator OfCom is looking into “how the BBC allowed news documentaries and other editorial programmes for BBC World News to be commercially influenced. ”