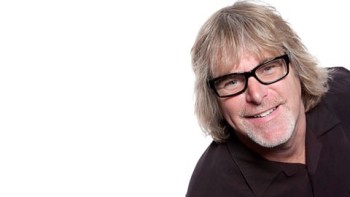 Dyke said breastfeeding in public is “unnatural,” “should be done in a quiet and private nursery,” is “not a great look,” “OK in the Stone Age” and not done by “yummy mummies.”

“There’s stuff that we should be saying, particularly as a broadcaster – it is 2015 – but there’s the stuff that guys are really thinking: Ladies, Mums, we don’t like breastfeeding in public. We don’t honestly, we don’t,” Dyke said.

The BBC apologized in September as iMediaEthics previously reported, but defended the comments in responding to the OfCom investigation, saying Dyke’s negative view of public breastfeeding were both “a genuinely held view” and “the sort of tongue-in-cheek humour and exaggeration that regular listeners have come to expect from him.” The BBC also argued that since it only got 2 complaints at first, before the comments were publicized,  listeners “understood the spirit in which the comments were intended.”

Dyke was suspended after the comments.  According to the OfCom report, the BBC made him go through “refresher training, ‘listening back’ sessions, and conversations with the Editor.” The BBC also hired a second producer to help vet the program.

Those justifications didn’t fly with OfCom, though. “We were not persuaded by these arguments,” OfCom wrote. “While regular listeners may have been accustomed to Mr Dyke’s form of delivery, we considered that in this particular case his comments were capable of causing considerable offence. In addition, we considered that listeners unused to his presenting style would have not been likely to have perceived the presenter to have been adopting a ‘tongue-in-cheek’ approach in this case. This was due to, in our view, the unequivocal manner in which Alex Dyke put forward his criticisms of breastfeeding in public and of women who feed their children in this way.”

“The offence was not justified by the context,” OfCom ruled. Even though the BBC apologized and made Dyke receive training, OfCom pointed out:. “Nevertheless, in this case Alex Dyke made a series of statements over a substantial part of his programme which both stereotyped women who breastfed and were likely to be perceived as misogynistic. We were particularly concerned that Alex Dyke had been permitted to broadcast highly offensive comments with apparently minimal editorial oversight.”

The BBC told iMediaEthics by e-mail: ‘’We take the Ofcom and BBC Trust findings very seriously indeed. Alex was told at the time in no uncertain terms that his comments were unacceptable, and he apologised for any offence caused on and off air.”