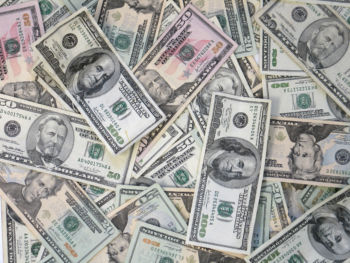 In a Feb. 10 statement on its website, the Herald said:

“A column by Ron Borges in yesterday’s Herald regarding Patriot Tom Brady’s salary discussions was based on information which proved to be false. The Herald apologizes to Brady, his agent Don Yee and the Patriots, and to our readers for this erroneous report. Borges’ column has been suspended pending further review.”

“According to sources close to the league’s Most Valuable Player, Brady is ready to sit out all of this year’s offseason organized team activities unless he receives a contract extension that carries with it up-front money similar to what his former protege, Jimmy Garoppolo, will receive from the San Francisco 49ers. Garoppolo yesterday signed a five-year, $137.4 million deal with $74 million guaranteed.”

The hoaxster got in touch with Borges a few weeks ago and, posing as Yee, texted him. Then, he sent Borges a Feb. 9 text saying Brady would “sit out all off-season team activity” if he didn’t get a new contract, the Washington Post reported. After that, Borges published his column. Finally, the whole thing unraveled when the hoaxer, going by “Nick in Boston,” called Boston sports radio network WEEI and fessed up to tricking Borges and showing the fake texts.

(Related: WEEI suspended radio host Alex Reimer last month after Reimer called Brady’s 5-year-old daughter “an annoying little pissant.” After the Herald admitted its story was bogus, WEEI ended up suspending another host, Christian Fauria, for using an Asian accent on air to imitate Yee when talking about the hoax.)

The hoaxster spoke with WEEI and said he found Borges’ phone number on Twitter and both spoke and texted with Borges, NBC Sports’ Pro Football Talk reported.  He said he at first dodged Borges’ calls but then “I was just like, whatever, screw it, I’ll just call him and he’s gonna know it’s not Don Yee. But I called him and I was just like, ‘Hey, Ronnie, it’s Don.'” He added that it was pretty easy and just for fun.

iMediaEthics has written to the Herald asking how long the suspension will last. We’ve also e-mailed Yee and tweeted Borges for comment.

Borges was suspended back in 2007 from the Boston Globe, Sports Illustrated reported. According to a 2007 Globe story,  Borges received a two-month unpaid suspension after he lifted “extensive passages” from a Tacoma, Washington newspaper.