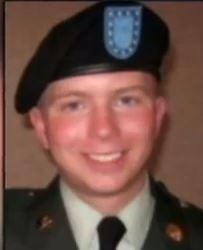 Bradley Manning, who leaked hundreds of thousands of documents to WikiLeaks, was sentenced today to “35 years in prison,” the Los Angeles Times reports.

According to the Los Angeles Times, Manning could have received “a maximum sentence of 90 years in prison, but in the final phase of the trial, prosecutors urged the judge to sentence him to 60 years behind bars.” On the other hand, Manning’s lawyers asked for “a 25-year term.”

Last month, Manning was found not guilty of aiding the enemy, but guilty of five charges each of espionage and theft, as iMediaEthics wrote at the time.

For more on the sentencing, check out the Guardian‘s live blog.