“There would be no deadly terror attacks in the U.K. if Muslims didn’t live there,” McHugh tweeted shortly after the June 3 attacks. In response, Iranian-American actor Pej Vahdat tweeted to her “you’re a real moron.” Her response to him? “You’re an Indian.”

McHugh also tweeted, “How many more people need to die because Muslims find it convenient to migrate to Europe? #LondonBridge” 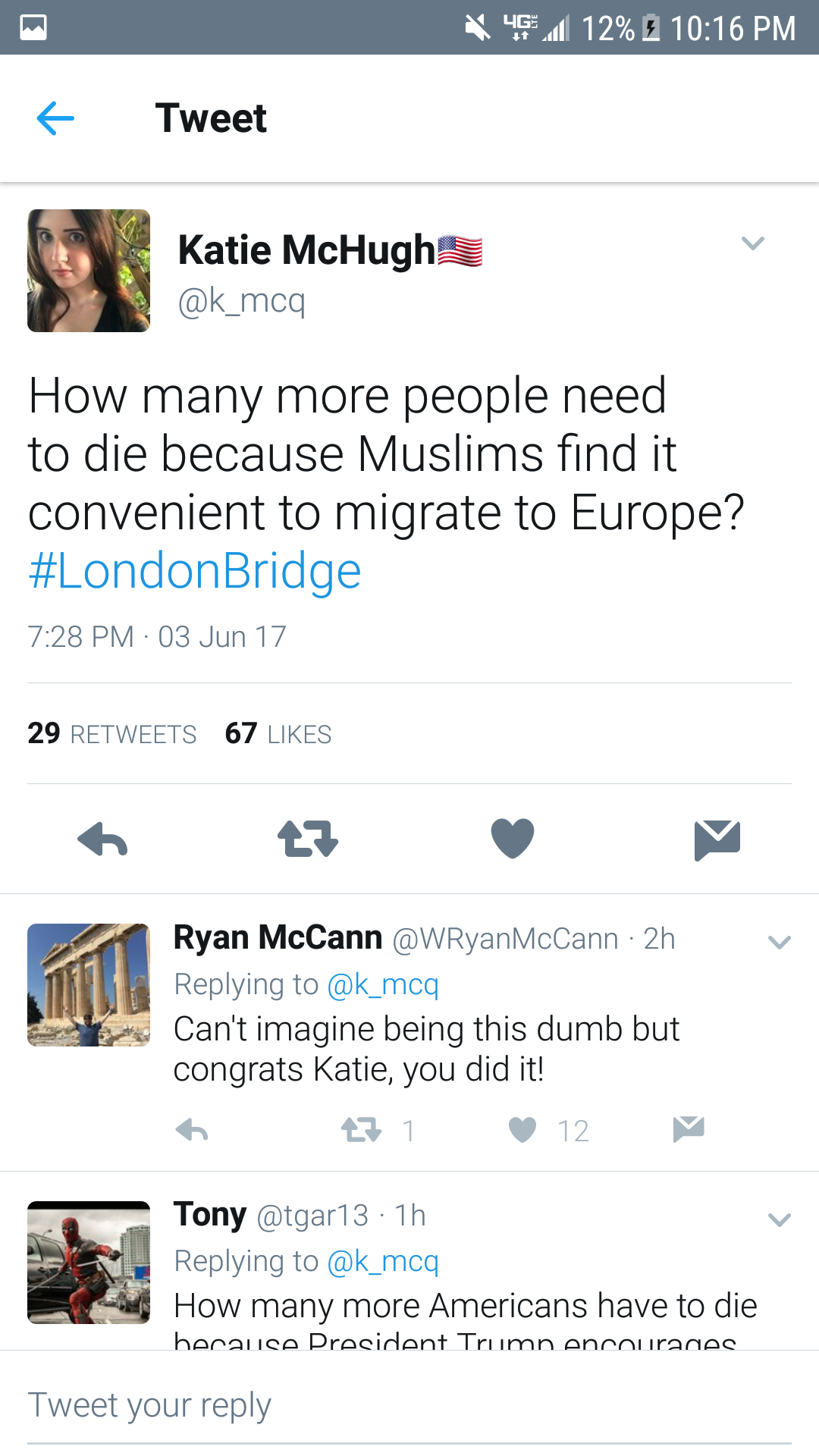 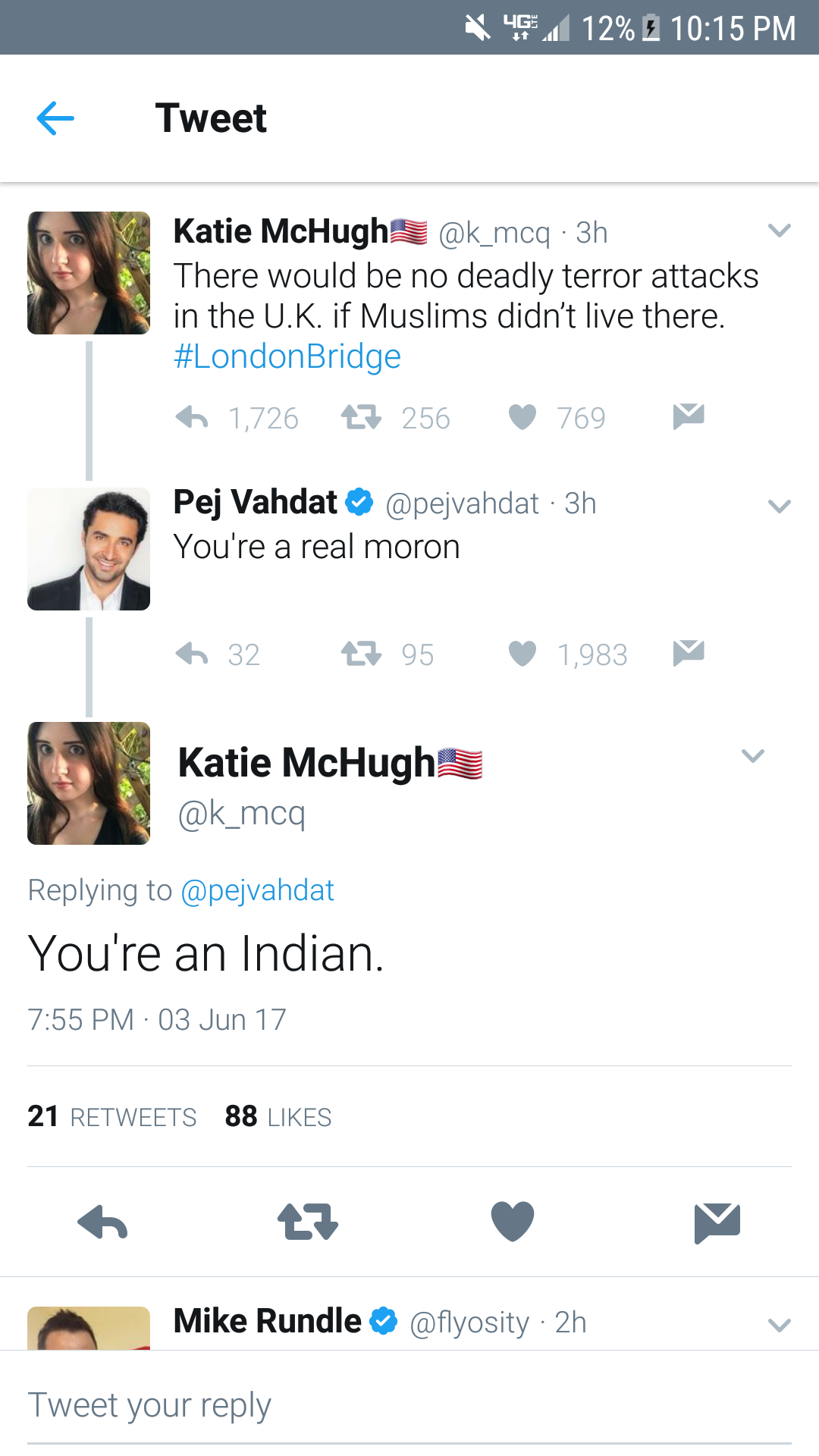 After McHugh’s firing was announced, McHugh claimed on Twitter she was fired “for telling the truth about Islam and Muslim immigrants.” She also linked to a fundraiser for herself on WeSearchr, in which she doubles down on her comments.

“If there were no Muslims in London, there would be no Muslim terror attacks, period,” she is quoted as saying. “I said nothing wrong.”

iMediaEthics has written to Breitbart and McHugh to ask for the exact reason she was fired.

In 2015, McHugh’s offensive tweets about Native Americans, Mexicans and slaves were flagged by faith site Patheos.

Among the comments McHugh tweeted were: