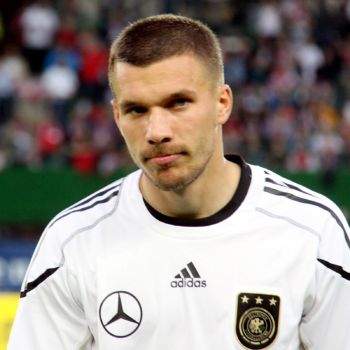 Breitbart, the right-wing American news and commentary website, used a photograph of German soccer player Lukas Podolski on a jet ski to illustrate a story about gangs bringing migrants from Africa to Europe. Podolski, a star on Germany’s 2014 World Cup-winning team who currently plays for the Japanese professional team Vissel Kobe, is not involved with smuggling nor has he been smuggled into Europe.

However, Breitbart’s Aug. 18 story, headlined “Spanish Police Crack Gang Moving Migrants on Jet-Skis,” was accompanied by a photo of Podolski on the back of a jet ski. Fallout resulting from the error prompted Breitbart to publish an apology that includes the statement, “There is no evidence Mr. Podolski is either a migrant gang member, not being human trafficked (sic).” Breitbart has been in the news the past week as Steve Bannon left the Pres. Donald Trump’s White House and returned to Breitbart as executive chairman Aug. 18.

Despite (or perhaps because of) the tepid apology, Podolski may sue Breitbart, according to Germany’s national broadcaster Deutsche-Welle. iMediaEthics has contacted Podolski’s lawyer, Simon Bergmann, who was interviewed by Germany’s EPD News, to ask if the apology was the result of his efforts and if they would sue for libel.

The Aug. 18 story was published and distributed to subscribers by French wire service Agence France Presse. iMediaEthics has also written to Breitbart to ask how the error occurred and how it learned about the mistake.

Breitbart posted the following editor’s note at the bottom of its story. Here is the entire apology:

“Editor’s Note: A previous version of this story included an image of Lukas Podolski on a jet ski. This image appeared as an illustration of a person on a jet ski. Breitbart London wishes to apologise to Mr. Podolski. There is no evidence Mr. Podolski is either a migrant gang member, nor being human trafficked (sic). We wish Mr. Podolski well in his recently announced international retirement.”

The mistake garnered a lot of attention on Twitter.

Will somebody tell Steve Bannon and the other geniuses at @BreitbartNews that the guy on the picture is German soccer star Lukas Podolski pic.twitter.com/zWqoQDBg3s

Mistaking Lukas Podolski as an immigrant on jet skies 😂 How dumb is Breitbart? https://t.co/HXdU71TLAn

Love Breitbart's apology to #LukasPodolski
"There is no evidence Mr. Podolski is either a migrant gang member ,nor being human trafficked"😳😂 pic.twitter.com/QuadwbazRe