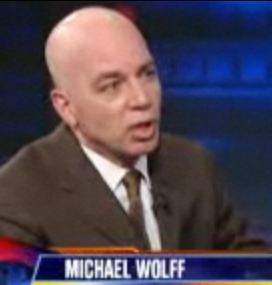 He detailed the news nugget in his MediaMemo blog Oct 4.  The Times had reported that Michael Wolff “is still feuding with News Corp., which owns The Post, as well as this site, over a 2008 Rupert Murdoch biography.  The beef is serious enough, Arango says (he intimates, to be precise) that Post media ace Keith Kelly wasn’t able to publish a scoop about Wolff’s move.”

(Kelly has recently been quoted as saying “There’s one thing that I get paid for at the Post is scoops, if you’re gonna give scoops to someone else, you’re taking food off my kids’ [dinner] table. I resent it from the top of my head to the bottom of my toes.”)

Kafka reported that Wolff wrote to him in an e-mail that “You’ll have to ask Keith about that (and I would love to be a fly on the wall for that conversation).”

The New York Times’ report on Wolff, Newser founder and Vanity Fair writer, and his recent move to be editorial director for a group of trade publications.

The Times noted toward the end of its article the feud that followed the biography’s publication, “The New York Post, owned by Mr. Murdoch, gleefully reported on Mr. Wolff’s marital difficulties in its gossip pages. Elsewhere in the tabloid’s pages, Mr. Wolff’s name is not so welcome. Last week Mr. Wolff spoke to Keith J. Kelly, the paper’s media columnist, about his new job, but no article was published.”

Ironically, Wolff’s daughter, Elizabeth, used to work as a reporter at the Murdoch-owned NY Post in 2007 – including this undercover report explaining how she wore “an Iranian-issue chador” for a day.  “I got used to the chafing, $36 polyester get-up – and got the knack for the niqab (scarf) from a Google how-to guide,” Wolff wrote. “But the pins holding the hijab headscarf in place pierced my neck, I tripped on every subway staircase and the slightest breeze blew open my chador.”

Her public LinkedIn profile indicates that she left the Post in spring 2008, and has since spent a year with another Murdoch-owned entity, Fox News Channel.  Her site then says she spent a year with her father’s Newser, and is currently an assignment editor at CBS’s InsideEdition and a freelance writer for New York Magazine.